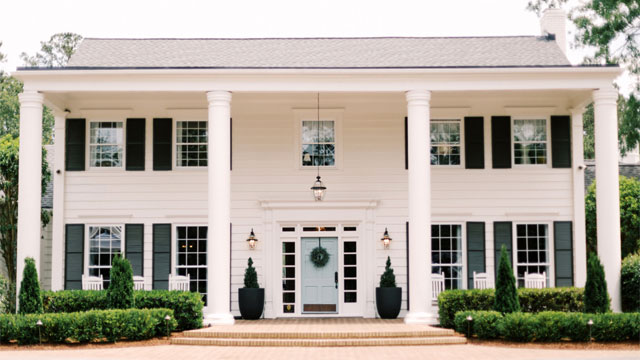 Another gay couple denied service by a business because of the owners’ beliefs in the “sanctity of marriage.”

Local news station WTVD in North Carolina reports a gay couple approached the Highgrove Estate in Fuquay-Varina for their upcoming nuptials but were turned away after the owners became aware they were a gay couple.

Ironically, the venue purports to offer “the best of Southern hospitality.”

McCae Henderson, an attorney, and Ike Edwards, a cosmetic dentist, told WDTV they filled out an inquiry form for the venue. In the spots where they were to identify the ‘bride’ and ‘groom,’ they left a note saying they were both grooms.

The Christian-owned estate sent a reply saying they don’t host same-sex weddings and offered a list of alternative venues.

The rejection was “disheartening,” said Henderson. “We had not had anything like this throughout the process or really in our lives.”

“Highgrove has always welcomed vendors, guests and employees of all orientations and we do not discriminate against a people or group,” read a statement from the Highgrove owners released to WTVD. “We believe in the sanctity of marriage as God says in the Bible that marriage is between a man and a woman and we choose to honor Him above what the world decides what marriage should be.”

One, they are discriminating against “people or a group.” They refuse to treat LGBTQ people the same as heterosexual people.

While there are federal civil rights laws that protect against discrimination – based on race, color, creed, religion, sex and national origin – there are no such protections for sexual orientation or gender identity.

And in North Carolina, some local ordinances have passed protections against LGBTQ discrimination, but not in Highgrove’s jurisdiction.

The Equality Act – which would add sexual orientation and gender identity to existing federal civil rights laws – recently passed in the U.S. House of Representatives. But the legislation faces an extremely steep climb in the U.S. Senate where Democrats would need 10 Republicans to overcome a filibuster blocking the bill from a vote.