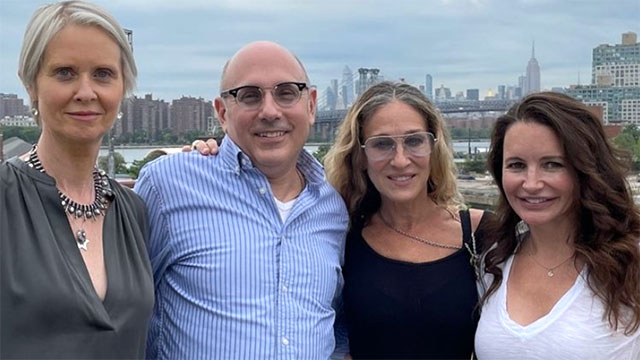 • PEOPLE: Willie Garson (above), who played the fashionable yet bashful Stanford Blatch on Sex and the City, has died at age 57 “following a short illness,” just weeks after filming scenes for the show’s reboot.

• Raw Story: Mike Lindell now promises that Donald Trump’s “Reinstatement Day” will be on Thanksgiving. The MyPillow guy adds that the Supreme Court will take up the case before that day. #SureJan #PinkySwear

• NPR: The FBI confirms that the body discovered at a Wyoming national park was that of 22-year-old Gabby Petito whose boyfriend is wanted for questioning. The local coroner says the manner of death was homicide.

• Variety: Seth MacFarlane and the “Family Guy” producers have created an educational PSA video encouraging people to get the COVID-19 vaccine.

In the three-minute video, Peter is conflicted about whether or not to get vaccinated, so Stewie and Brian Griffin explain the science behind the COVID vaccine, combining typical “Family Guy” humor and real educational facts.