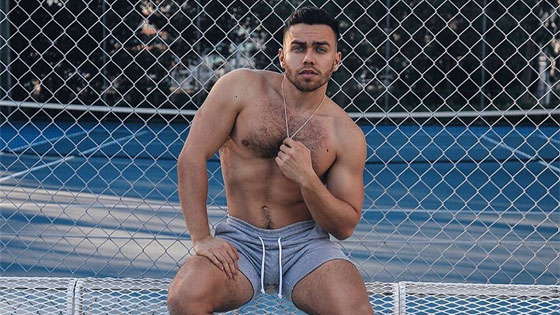 • NewNowNext: The 5th season of the acclaimed sitcom Schitt’s Creek will debut on Netflix on October 10, with the sixth and final installment to drop in January. The series, heralded for its positive portrayal of LGBTQ life, is nominated for 3 Emmy Awards this weekend. It is the first Canadian sitcom to receive an Emmy nomination for Best Comedy Series.

• Variety: After snagging another Emmy Award this past weekend (for her guest appearance on The Marvelous Mrs. Maisel) Jane Lynch told reporters she and Cyndi Lauper are set to co-star in a new Netflix series that will be “a Golden Girls for today.”

• Merriam-Webster: The venerable dictionary has announced a new definition for the word ‘they’ in referencing the gender identity of nonbinary people.

• PBS: Longtime ABC News political reporter Cokie Roberts passed away at the age of 75 from complications due to breast cancer. She was NPR’s congressional correspondent for more than a decade beginning in 1978, and co-anchored ABC’s “This Week” from 1996 to 2002.

•  Roll Call: 13 House Republicans have announced they will not be running for reelection in 2020.

• TVLine: Shortly after comedian Shane Gillis was announced to join the cast of Saturday Night Live this season, footage of racist and homophobic ‘jokes’ by Gillis surfaced and SNL reversed their casting decision. Gillis initially issued one of those ‘I apologize if anyone was actually offended’ statements, but then followed up with a bitter little tweet saying he was “always a MADtv kind of guy” anyway.

p.s. MADtv got cancelled, too, so…maybe he is that kind of guy.