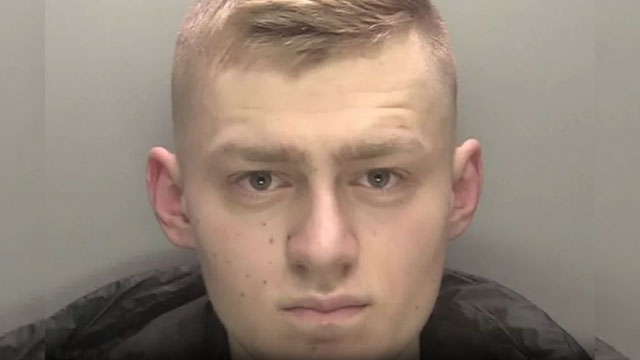 • Metro: A 17-year-old boy was subjected to a horrifying ‘torture’ attack (beaten, strangled, burned) because he was gay. The aggressor in the assault (above) was the victim’s ex-lover Taylor Knight, 20, motivated by his own ‘repressed sexuality.’

• CNN: The American Academy of Pediatrics (AAP) reported 243,373 new cases among kids over the past week. This constitutes a 240% increase since early July, when kids accounted for 71,726 cases.

A new report from the American Academy of Pediatrics says Covid-19 infections in children have jumped about 240% since July https://t.co/vjiisakB9A

• Washington Blade: A new poll shows 57% of Americans support a bipartisan deal to reach a compromise on religious freedom and LGBTQ rights.

• Twitter: A famous liar has already declared the recall election in California “rigged” before it even takes place. Umm, a Democrat might win a race in a state that’s overwhelmingly blue??? Who would have guessed?

• KUTV: The man who was recorded defacing pro-LGBTQ chalk art on a sidewalk outside campus and using a gay slur is no longer a student at Brigham Young University, 2News has learned.

• LA Times: Despite echoes of Satanic panic from religious and conservative commentators, Lil Nas X’s “Montero” hit Number One on the Billboard Hot 100 and won video of the year and best direction and best visual effects at the VMAs.

my jaw? on the FLOOR. @LilNasX just KILLED it with @JackHarlow 🔥 #VMAs pic.twitter.com/Z54jXXP2E2

• Friendly Atheist: Bob Enyart, who mocked AIDS victims and spread COVID lies, has died of…..COVID. The pastor used to gleefully read obituaries of people who died from AIDS while playing “Another One Bites the Dust,” by Queen, on his now-defunct TV program.