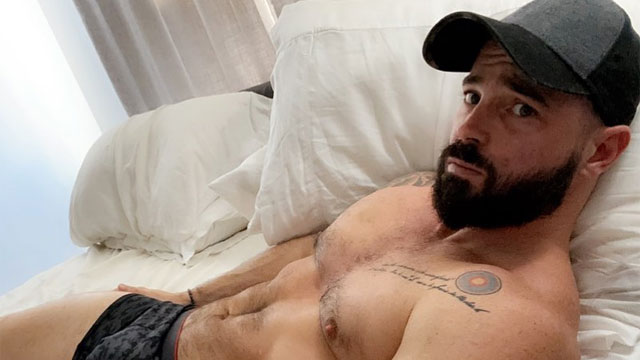 • InstaHunks: Woofy Joe Blizzard (above) looks a little too scared to venture out on Halloween, but looks just fine where he is…

• OUT: After the dismal failure that was the Boston ‘Straight Pride’ Parade, the folks behind that debacle now plan to head south to Dallas, Texas,  to hold another bullsh*t anti-LGBTQ event there.

• New York Times: A National Security Council aide, Timothy Morrison, testified on Thursday that a top diplomat close to Donald Trump told him that a package of military assistance for Ukraine would not be released until the country committed to investigating Trump’s political rivals, corroborating earlier impeachment inquiry testimony.

• Global News: Global Calgary meteorologist Jordan Witzel showed up dressed as a mystical unicorn named Ferdinand for Halloween 2019, and no one on set could stop laughing as he tried to report the weather in his magical ensemble.