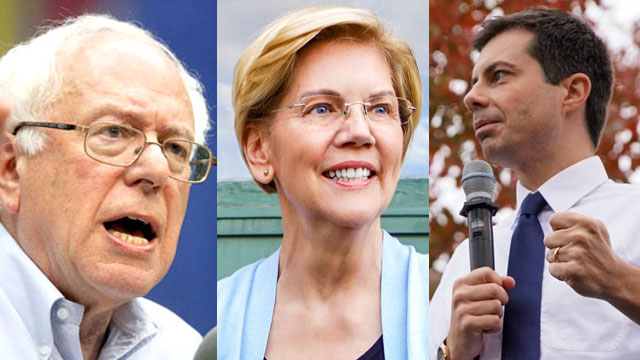 Ms. Warren appears to have solidified her gains in the first voting state while Mr. Buttigieg has climbed quickly to catch up with Mr. Sanders and overtake Mr. Biden, the one-time front-runner. Ms. Warren is drawing support from 22 percent of likely caucusgoers, while Mr. Sanders is at 19 percent, followed by Mr. Buttigieg at 18 percent and Mr. Biden at 17 percent.

The survey is full of alarming signs for Mr. Biden, who entered the race in April at the top of the polls in Iowa and nationally.

He is still in the lead in most national polls, but his comparatively weak position in the earliest primary and caucus states now presents a serious threat to his candidacy. And Mr. Biden’s unsteadiness appears to have opened a path in the race for other Democrats closer to the political middle, particularly Mr. Buttigieg.