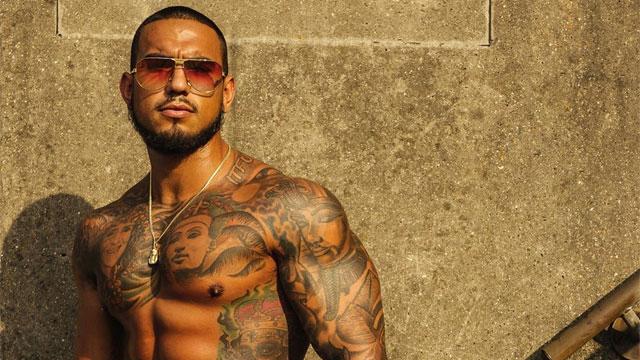 • InstaHunks: Ripped AF Ramses Principe (above) is staring down Hump Day like a Boss!

• OUT: Despite the beautiful monologue by the father at the end of the coming of age film, Call Me By Your Name, author Andre Aciman says he never intended to imply Elio’s dad was gay.

• Twitter: Don’t forget – Game 7 of the World Series takes place tonight. Will the Houston Astros make it their second title in three years, or will the Washington Nationals bring it home for the very first time? You know I love baseball…

• NPR: New numbers from the Commerce Department show the economy lost steam during the summer and early fall. GDP, the broadest measure of economic activity, grew at an annual rate of just 1.9% during the third quarter. That’s a deceleration from the lackluster second quarter when GDP grew at a 2% pace.

• Morning Consult: As the primary season edges closer and closer, the lead many Democratic White House hopefuls held over Donald Trump in hypothetical match-ups is tightening according to Morning Consult polling.