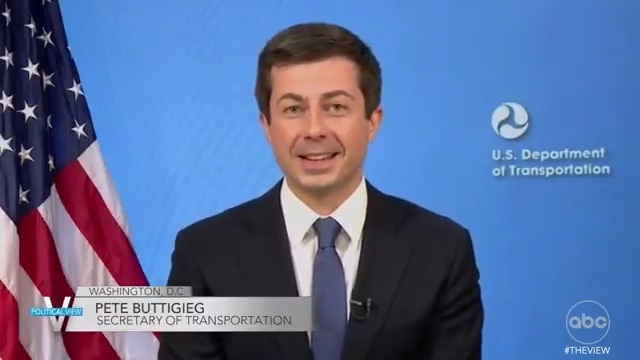 • The View: Pete Buttigieg appeared on the daily talkfest to address criticisms that he took time to bond and care with his newborn twins. “Every American ought to be able to get paid parental leave.” The Transportation Secretary also addressed ongoing supply chain issues.

Transportation @SecretaryPete Buttigieg responds to criticism of his paternity leave, telling #TheView “the negativity was unfortunate” but it has “helped us have a conversation about parental leave.”

“Every American ought to be able to get paid parental leave,” he adds. pic.twitter.com/ywa9XrKyqV

• Queerty: Former Batwoman star Ruby Rose unleashed on the powers that be at the CW super-hero TV series on her Instagram stories revealing toxic behavior and work conditions during her time there.

• RadarOnline: In a new twist, Kevin Spacey has been ordered to cough up nearly four dozen personal emails sent between him and his team after a judge sided with the actor’s sexual assault accuser Anthony Rapp.

• Pink News: Pose star Billy Porter caught some backlash for seeming to claim he invented ‘non-binary fashion’ after he criticized Vogue Magazine for featuring pop star Harry Styles in a dress on its cover.

• Instagram: My go-to funnyman for putting queer culture in perspective made an impact again today as Michael Henry shared a photo from Halloweens gone by and included his story of chasing self-esteem. Read below and kudos to Michael.