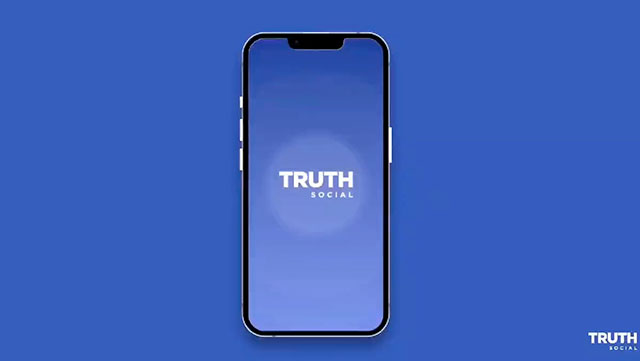 A press release was dispatched to journalists today announcing the impending launch of a new social media platform ‘TRUTH’ coming to you from – wait for it – Donald Trump.

After being banned from practically every other social media platform for dispensing never-ending misinformation and lies, the Donald has decided to create his own little online kingdom.

“I’m excited to soon begin sharing my thoughts on TRUTH social and to fight back against big tech,” Trump said in a statement.

Among the terms and conditions of service: You can’t criticize or “disparage or tarnish” the site itself; you can’t use too many capital letters when sending a ‘TRUTH’ (yes, TRUTHS are like tweets only Trumpier); and when you retweet something they are called ‘Re-TRUTHs.’

A tech reporter already found a link to the beta testing and signed up as “mikepence.”

Trump tonight announces the launch of his new social media platform, which he is calling, “TRUTH social.” pic.twitter.com/xIqw3P5ASM

On Trump’s new social network, TRUTH Social, you can post TRUTHs, which are like tweets, or Re-TRUTHs, which are retweets. There’s also a TRUTH Feed and notifications so you can know who’s interacting with your TRUTH’s pic.twitter.com/E3YVC6vkm9

Anyone can create an account on Trump’s social network TRUTH Social using a publicly available link. I literally just registered “mikepence.” The site hasn’t even launched yet and it’s already this vulnerable pic.twitter.com/v9nPN8ibDS

Trump's launching his own social network called TRUTH Social. No one will be allowed to criticize Trump. It's a place for aspiring models to meet wealthy older men, who'll be referred to as hot dudes. There's an already filled-in crossword and interviews with the stars of Bonanza