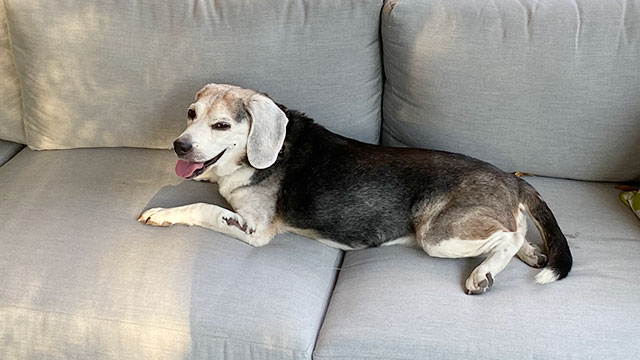 • World Smile Day: Talk about ‘who can turn the world on with his smile?’ Snoopy (above) sends TGIF greetings to all. #HandsomeDog #DogsRule

• The Advocate: A man was dancing with a female friend recording a TikTok video in Lower Manhattan on Saturday when an unknown assailant called him a homophobic slur and punched him repeatedly in the head. The assailant fled on foot, and the New York Police Department’s hate-crimes unit is investigating the incident as a bias crime.

• Pink News: In a letter to USA Today’s political reporter Susan Page, who will serve as moderator for the upcoming vice presidential debate, 13 LGBT+ rights groups asked her to address queer rights, as it would “do our nation and community a disservice to exclude these issues as a part of the conversation.”

• USA Today: Newly revealed secretly recorded conversations with Melania Trump show the first lady expressing dismay at her role in decorating and promoting the White House during Christmas time, while she was being criticized for not doing more meaningful work. “I’m working my a– off with the Christmas stuff that, you know, who gives a f— about Christmas stuff and decorations but I need to do it, right?” Trump is heard saying.

• Washington Post: Amazon said Thursday that nearly 20,000 of its U.S. employees had tested positive for the coronavirus since the pandemic began. The retailer has faced harsh criticism as hundreds of workers and critics have said it hasn’t done enough to keep employees safe as they work in its warehouses amid a surge in demand to send items to shoppers across the country.

• Twitter: File this clip of Donald Trump mocking Joe Biden for wearing a face mask during the COVID-19 pandemic under “Didn’t age well.”

“I don't wear masks like him (Biden). Every time you see him, he's got a mask. He could be speaking 200 feet away and he shows up with the biggest mask I've ever seen." – Donald Trump at Tuesday’s debate pic.twitter.com/0Sj6IR8eqP