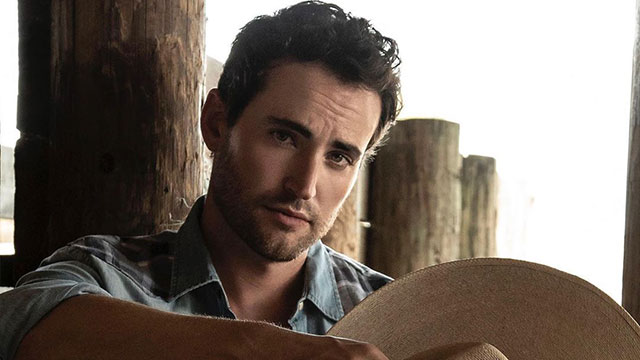 • Podcast: Just a reminder to please take a listen to my chat with the oh-so-talented country artist Cameron Hawthorn (above). I’ve been a fan for a long time, so I’m happy to share he’s just as charming as I expected.

• Instinct Magazine: With hate crimes on the rise in Italy, LGBTQ folks are marching in the streets.

• Netflix: Check out the trailer for Ma Rainey’s Black Bottom directed by George C. Wolfe starring a cast headed up by Viola Davis and the late Chadwick Boseman. Coming to Netflix on December 18. “Tensions rise between Ma Rainey (Viola Davis), her ambitious horn player (Chadwick Boseman), and the white management determined to control the legendary ‘Mother of the Blues.’”

• Axios: The Supreme Court denied a request from Pennsylvania’s Republican Party to shorten the deadlines for mail-in ballots in the state. Thanks to the court’s 4-4 deadlock, ballots can be counted for several days after Election Day.

• Jewish News: Ahead of the Nov. 3 presidential election, some 75 percent of U.S. Jews would vote for Democratic nominee Joe Biden, while 22 percent would vote to re-elect U.S. President Donald Trump, according to a poll released on Monday by the American Jewish Committee. In 2016, 71 percent of American Jews voted for Democratic presidential nominee Hillary Clinton, while 24 percent voted for Trump.

• Politico: In an episode that has since become legendary within the CIA, Donald Trump was reportedly in the middle of a highly classified briefing on Afghanistan at his New Jersey golf club when he suddenly craved a malted milkshake. “Does anyone want a malt? We have the best malts, you have to try them,” Trump insisted, as he beckoned a waiter into the room where code-word classified intelligence was being discussed.

• Fox News: Donald Trump called CNN “dumb bastards” during a campaign stop today for continuing to cover a worldwide pandemic that’s killed over 220,000 Americans and continues to surge across the country.

“They are getting tired of the pandemic, aren’t they? You turn on CNN, that’s all they cover. ‘Covid, Covid, Pandemic, Covid, Covid.’ You know why? They’re trying to talk everybody out of voting. People aren’t buying it, CNN, you dumb bastards.” — Trump pic.twitter.com/QobvMA6Yz0