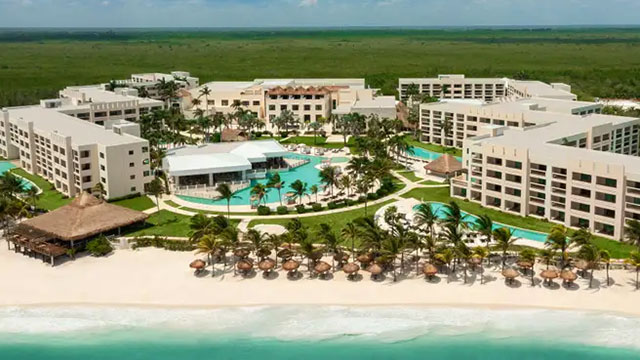 • The Advocate: A group organized by the LGBTQ+ travel company Vacaya sheltered in place with others during a shootout in Cancun (above), which was apparently between rival drug gangs.

• Variety: Ariana Grande and Cynthia Erivo are soon to be defying gravity as they have been cast to portray Glinda and Elphaba, respectively, in Universal’s big-screen adaptation of the Tony-winning musical, Wicked.

Ariana Grande and Cynthia Erivo to Star in ‘Wicked’ Musical for Universal https://t.co/v5OrDMtDBh

• Politico: A federal judge sharply questioned Donald Trump’s effort to block the congressional Jan. 6 select committee from obtaining his White House records, casting doubt on the notion that the former president can overrule his successor’s decision to release them to investigators.

• Insider: Jenna Ryan, a Texas realtor who flew on a private jet to take part in the Capitol riot, had boasted on social media that she wouldn’t get any jail time because of her “blonde hair” and “white skin.” And yet, Ryan was sentenced to 60 days in jail after pleading guilty to a single federal misdemeanor charge.

• Las Vegas Review-Journal: Las Vegas Raiders’ Henry Ruggs, 22, was driving 156 miles an hour at 3:40 am on a residential street with blood alcohol over twice the legal limit when he hit a RAV-4 killing a 23-year-old and her dog.