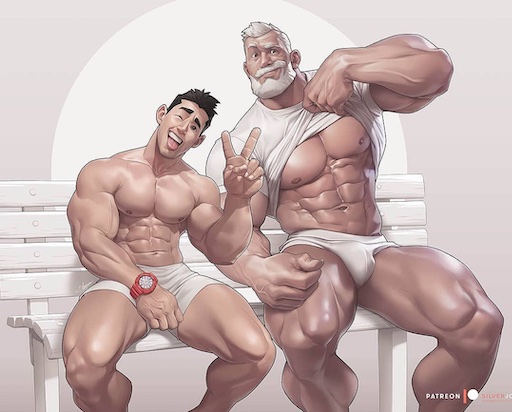 • I never get tired of the fun, whimsy and sexy diversity from graphic artist Silverjow (above). Happy Saturday!

• Over 11,000 people have signed a petition protesting an Indiana high school’s plan to deadname a student at his graduation ceremony.

Dilley calls for Sims to “suck a dick” to prove he’s gay. Donald Trump, these are your people.

MAGA activist Brenden Dilley insists that Pennsylvania state Rep. Brian Sims is not really gay and challenges him to “suck a dick” to prove otherwise. pic.twitter.com/qq6YLhAaJA

• An 11-year-old rape victim in northwestern Ohio is pregnant, and according to the state’s new, highly restrictive law on abortion, a girl in her position must carry and deliver her rapist’s baby. #Seriously

• A new Reuters/Ipsos poll shows support for launching impeachment proceedings against Donald Trump has moved up to 45% support.