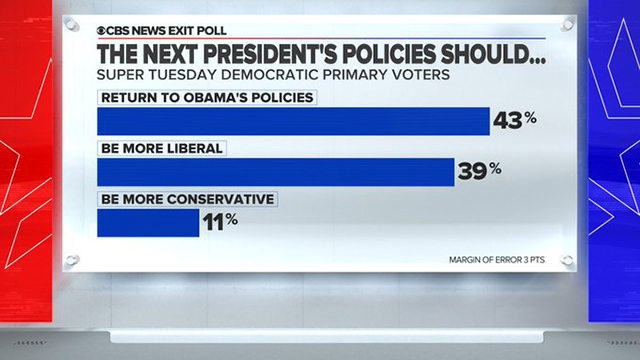 • Super Tuesday: Fourteen states are holding primaries or caucusing for the Democratic presidential candidate today, so make sure you get out and vote! Interesting factoid: CBS News reports early exit polling shows slightly more voters in Super Tuesday states want a return to Obama’s policies rather than more liberal policies.

• The Advocate: Donald Trump’s Justice Department is weighing in on the side of a Kentucky photographer who doesn’t want to provide services to same-sex weddings, continuing its history under the Trump administration of supporting discrimination. Chelsey Nelson, a photographer in Louisville, filed a preemptive lawsuit in federal court against the city challenging its LGBTQ-inclusive Fairness Ordinance. Note – has never been asked to photograph a same-sex couple’s wedding.

• NowThis News: Virginia Gov. Ralph Northam (D) signed a bill Monday banning conversion therapy for minors. According to the Movement Advancement Project, a nonprofit that tracks LGBTQ+ legislation, Virginia will become the 20th state — and the first in the South — to ban the controversial therapy for minors.

• The Verge: Apple has tentatively agreed to a $500 million settlement after admitting to slowing down older phones. It covers people who bought any product in the iPhone 6 and 7 lineup — which Apple secretly throttled to conserve battery life. By default, Apple will offer $25 to any current or former owner of a covered iPhone. Named class members will receive $1,500 or $3,500.

• NewNowNext: Russian President Vladimir Putin submitted a number of new amendments to the country’s Constitution, including one that would define marriage as between “a man and a woman.” Last month, he said same-sex marriage will not be permitted in the country as long as he is president.

• KHOU: After Pete Buttigieg announced he was ending his campaign for the Democratic presidential nomination, Joe Biden told reporters he would definitely approach the former mayor of South Bend to take a role in his administration.

Just finished 1 on 1 interview with @JoeBiden after his event @TexasSouthern Asked him about reports @PeteButtigieg and @amyklobuchar will endorse him tonight in #Dallas. #Biden wouldn’t confirm but did say this ⬇️ #khou11 #HtownRush pic.twitter.com/Acer6Vghul