“It remains critical to show that Americans are very broadly supportive of LGBTQ rights, especially in an environment where some of that is still subject to question,” –@nataliemj10 PRRI’s director of research.@emmillerwrites, @RNS https://t.co/yAEQKQteWF

• NBC Out: Lia Thomas took control in the final 100 yards of the 500-yard freestyle to make history Thursday as the first transgender woman to win an NCAA swimming championship.

• Playbill: Stars in the House—the live-streamed concert series —will present a 10-hour telethon to raise money for those affected by the ongoing war in Ukraine. Broadway stars including Billy Porter, Audra McDonald, Judith Light and more will make appearances during the March 26 event.

• WPTV: Oil prices have dropped below $96 a barrel since peaking at $130, but why aren’t gas prices dropping just as quickly? 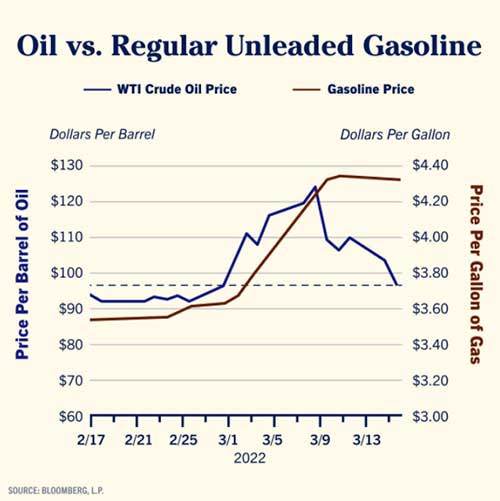 • New York Times: The Omicron variant of the coronavirus known as BA.2 now accounts for about 30% of new cases in New York City. Doctors are watching to see if the U.S. experiences a wave of BA.2 cases like those taking place in parts of Europe and Asia, including Hong Kong.

Check out  the music video – a sci-fi heartbreak epic and an ode to doomed love that’s a celebration of retro-futuristic camp.