• NBC News: Georgia legislators introduced a Florida-style bill this week that would prohibit discussions about gender identity and sexual orientation in some private school classrooms. END_OF_DOCUMENT_TOKEN_TO_BE_REPLACED 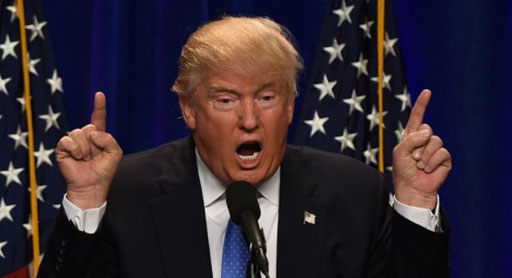 Capping off a Thanksgiving weekend which began with Donald Trump telling reporters he was most thankful for his family and himself, this morning he took to Twitter to thank himself again (in the third person, no less) for falling oil prices.

So great that oil prices are falling (thank you President T). Add that, which is like a big Tax Cut, to our other good Economic news. Inflation down (are you listening Fed)!

Trump omitted the fact that gas prices were much lower during President Obama’s last Thanksgiving in office.

For someone unknown reason, the Trumpeter didn’t bother to address the steep decline on Wall Street this week that wiped out all profits for 2018.

And just one more thing…

During his presidency, President T has spent 1 out of every 3 days on a property he owns and 1 out of every 4 days playing golf on a course he owns. Each day he is away from the WH, it costs American taxpayers $1M to cover secret service and travel. #sundaymorning #sundaythoughts pic.twitter.com/3aMJBqTa3H