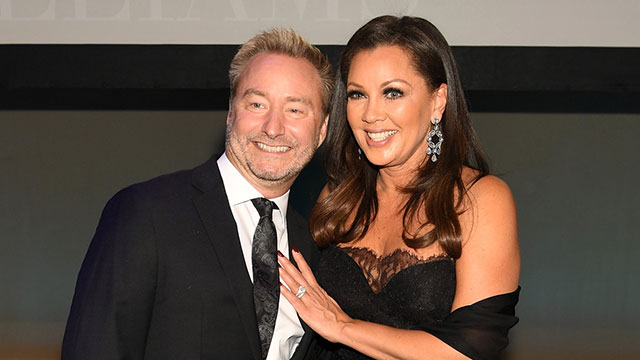 • Happy Birthday: Bestest birthday wishes to my Syracuse University bestie, Vanessa Williams! V is currently in London where she’s starring in the (currently coronavirus-paused) West End production of the Tony Award-winning musical, City of Angels. The pic above was taken a couple of years ago when I introduced her at the Nevada Ballet Theatre’s ‘Woman of the Year’ event. Always much, much fun to catch up with, I can affirm she’s still ‘saving the best for last.’

• Instinct Magazine: Rep. Dan Lipinski (D-IL), the most conservative Democrat in the House, lost his primary race last night to progressive challenger Marie Newman, and LGBTQ folks are cheering. Lipinski has repeatedly voted against LGTBQ rights and protections. He voted “present” for a proposed U.S. constitutional amendment banning same-sex marriage, voted against an early version of the Employment Non-Discrimination Act, and gave his support to the First Amendment Defense Act, which supported the “religious freedom” movement. #GoodRiddance

• Yahoo News: A new survey released Tuesday from NPR/PBS NewsHour/Marist polling shows that only 37 percent of those polled have either “a good amount” or “a great deal” of trust in the information they hear from the president about the coronavirus, while 60 percent say they do “not very much” or “not at all” trust Trump’s words on the subject.

• Washington Post: White House officials are working with congressional Republicans on an emergency stimulus package that could send two $1,000 checks to many Americans and also devote $300 billion towards helping small businesses avoid mass layoffs, according to two senior administration officials and a Treasury Department fact sheet.

• LGBTQ Nation: Rep. Andy Biggs (R-AZ) voted against the “America First Coronavirus Response Act” this week because he said it “redefined family” by including sick leave to care for an unmarried partner’s children. Biggs went on to say that sick leave for domestic partner’s children has “nothing to do with the coronavirus.”

• New York Post: After being found inebriated inside a Miami Beach hotel room with another man who allegedly overdosed on crystal meth, former Florida gubernatorial candidate Andrew Gillum has announced he is withdrawing from public life and entering rehab for alcohol abuse.

• NBC News: By a vote of 90-8 the Senate voted to approve a second coronavirus aid bill Wednesday, paving the way for lawmakers to turn their attention to a third proposal that could include direct payments to Americans. Donald Trump is expected to sign it into law. The bill provides free coronavirus testing, paid emergency leave for those who are infected or caring for a family member with the illness, additional Medicaid funding, food assistance, and unemployment benefits.

The US Senate passed the coronavirus relief bill in 90-8 vote.

The 8 senators who voted against the measure: