After losing all three Democratic primaries Tuesday night by double-digits, Sen. Bernie Sanders’s (I-Vt.) campaign manager on Wednesday said that the senator “is going to be having conversations with his supporters to assess his campaign,” according to The Hill.

Noting that “the next primary contest is three weeks away,” Sanders’s campaign manager, Faiz Shakir, said in a statement that Sanders “is focused on the government response to the coronavirus outbreak and ensuring that we take care of working people and the most vulnerable.”

This follows a brutal night for Sanders where he lost across the board to former Vice President Joe Biden.

Biden spoke after the three contests were called and he addressed Sanders’ supporters directly:

“Senator Sanders and I may disagree on tactics, but we share a common vision for the need to provide affordable health care for all Americans, reduce income inequity that has risen so drastically, to tackling the existential threat of our time, climate change.

“Sen. Sanders and his supporters have brought a remarkable passion and tenacity to all of these issues. Together, they have shifted the fundamental conversation in this country. So let me say, especially to the young voters who have been inspired by Senator Sanders: I hear you. I know what’s at stake. I know what we have to do.”

Biden began his delegate lead in the race by coming out on top in 10 of 14 contests on Super Tuesday.

Then on March 10, Biden won five of six contests including Washington state which was considered a safe haven for Sanders.

Political experts say Biden will have a nearly insurmountable lead in delegates by the time all of the votes are counted from this week’s primaries.

Biden currently has around 1,180 delegates, while Sanders has just about 884 delegates. You can check the count as more delegates are allocated at RealClearPolitics.

Candidates must garner at least 1,991 to officially clinch the nomination. Forty percent of delegates remain to be allocated.

Ohio, scheduled to vote last night, postponed its primary at the last minute due to coronavirus concerns. 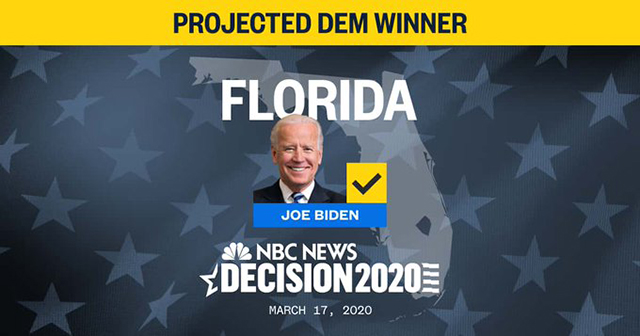 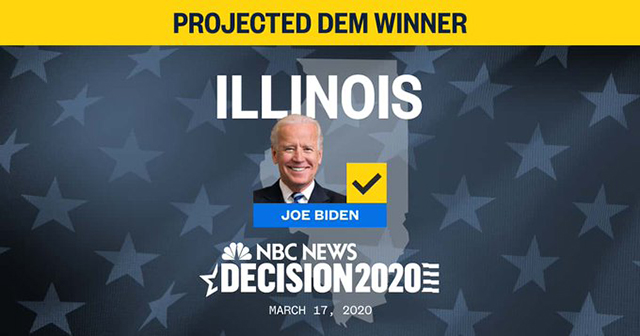 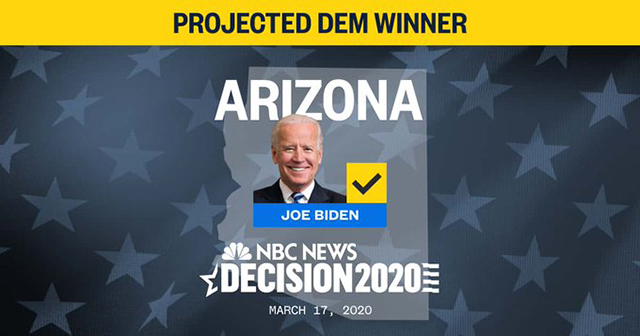