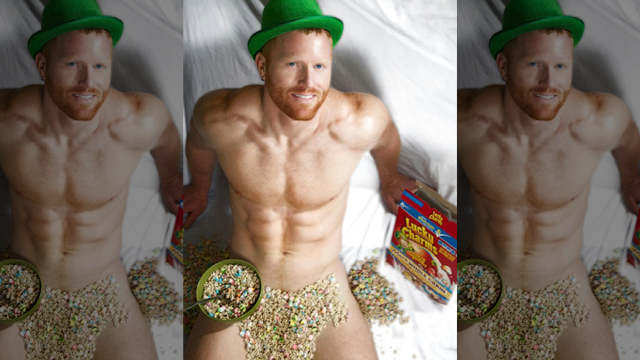 • Block Club Chicago: Did Eric Trump jump the line for COVID vaccination? A top executive of a West Side hospital in Chicago bragged about vaccinating Eric Trump the same day the hospital vaccinated workers at Trump Tower Downtown. Trump would not have been eligible to be vaccinated in Chicago.

• Kenneth-in-the-212: It’s Wrestle Wednesday over at KIT212 and well-worth the click as he features 30-year-old pro wrestler David Starr (below).

• Washington Blade: Dean Trantalis, currently serving as the first openly gay mayor of Fort Lauderdale, Fla., came under criticism by LGBTQ activists this week for backing and signing a proclamation approved by the Fort Lauderdale City Commission honoring the city’s Coral Ridge Presbyterian Church, which has a history of anti-LGBTQ policy positions.

• The Hill: The Kentucky legislature has passed a bill that would require a governor to fill a vacant U.S. Senate seat with a member of the departed senator’s party. While both houses of Kentucky’s legislature is controlled by Republican supermajorities, the state currently has a Democrat in the governor’s mansion, Gov. Andy Beshear.

• USA Today: The House voted 413-12 on Wednesday to award Capitol police, Metropolitan police and other law enforcement agencies with the Congressional Gold Medal, for protecting lawmakers, staffers, reporters and visitors from insurrectionists on Jan. 6. Twelve Republicans voted against the measure for combining the medal with what they deemed “editorial comments about the January 6 sequence of events.”