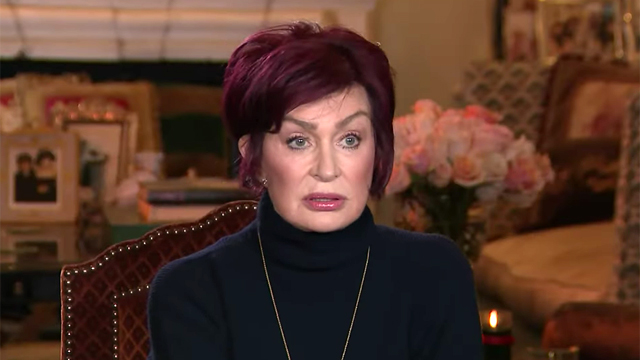 Sharon Osbourne tells ET she doesn’t know if she’ll be returning to The Talk after the recent dust-up on her gabfest when things got ugly between her and fellow co-host Sheryl Underwood.

The brouhaha erupted out of Osbourne’s defense of her friend Piers Morgan, who had attacked Meghan Markle as a liar after Markle and Prince Harry sat down for an extensive interview with Oprah Winfrey.

Last Wednesday, Osbourne said, a producer asked her if she would “clear up the Piers thing again” even if “maybe one of them doesn’t agree with you.” But she didn’t expect [Elaine] Welteroth to bring up antiracism and she didn’t expect Underwood to imply she was giving cover to racism.

“I’ve been set up,” Osbourne told “ET,” describing her thoughts in the moment. “And I went, like, how dare you all do this to me? I’m your sacrificial lamb.”

Osbourne did admit to “having a go” at Underwood, her friend of 11 years, including when she told Underwood “don’t try and cry,” reserving that right for herself.

While Osbourne maintains she is not racist in any way, a video clip from 2018 shows a discussion of Meghan Markle’s skin color that doesn’t help Osbourne today.

In the clip, Underwood is speaking about Markle (who is half-Black) saying “…she brought Blackness to the royal family — which is not the first time…”

“She ain’t Black!” Osbourne counters. And when her co-hosts try to correct her, Osbourne declares, “No, I know. But she doesn’t look Black!”

Sharon Osbourne on Meghan Markle in 2018: