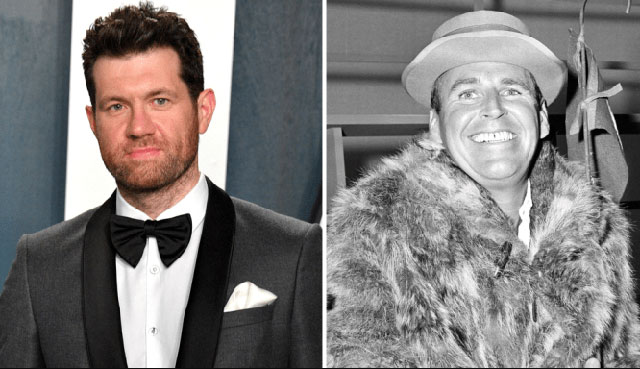 • Back2Stonewall: Out actor-comedian Billy Eichner is set to play TV icon Paul Lynde in the upcoming biopic Man in the Box. While Lynde never officially “out,” his sexuality was well-known in front of and behind the camera throughout a run on television beginning in the ’50s up until his death in 1982.

• KOMO: The cast and creators of the Emmy-nominated cult HBO classic The Comeback will reunite on July 21 as part of the Stars In the House daily live-streamed series. The show’s creator and star Lisa Kudrow will be on board to chat on the satirical reality show that followed one woman’s journey as a B-list sitcom actress trying to reclaim A-list status via reality TV. Hot hubby Michael and I loved the series – Kudrow was brilliant walking the fine line of reality/scripted TV.

• ABC News: Senate Majority Leader Mitch McConnell revealed Tuesday morning that Senate Republicans plan to support another round of stimulus checks to Americans in their next coronavirus relief proposal. This time around, however, Republicans would like to lower the income threshold to qualify. The cap on payments in the first CARES bill was $99,000.

• NPR: Teachers in Florida are suing the state to block an emergency order requiring schools to open next month with in-person instruction. They say, with the surge of coronavirus cases, the order violates a provision in Florida’s constitution requiring the state to ensure schools are operated safely.

• BroBible: A teen employee at a Lowe’s store in Washington, Kyle Sales, was forced to change his tee-shirt reading “Black Panther Wakanda Forever” after a ‘Karen’ complained the shirt was racist. After the exchange, Sales went home and put a jersey over his Black Panther movie shirt. The next day, ‘Karen’ returned demanding to know how Sales was punished.

• Boy Culture: Donald Trump, at his daily coronavirus presser, was asked about Ghislaine Maxwell — perhaps you’ve heard of her? The lady accused of running a child-sex ring for Jeffrey Epstein, who died on Trump’s watch? Yeah, he said — twice — “I wish her well.”