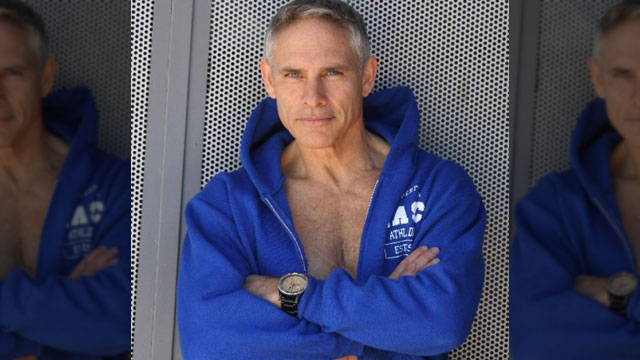 • InstaHunks: My buddy, the ever-handsome Russell Todd (above), has been sharing photos lately and I couldn’t be happier. Sometimes, we just want to look at nice things, no? p.s. Russell is totally the nice guy you’d hope he’d be…

• Politico: Vice President Mike Pence is expected to attend Joe Biden’s presidential inauguration later this month. But Donald Trump has declined to say whether he plans to attend the swearing-in at the U.S. Capitol. Trump reportedly told staff he doesn’t expect to be there, according to a former Trump aide who remains close to the White House.

• AP: The top federal prosecutor for the District of Columbia said Thursday that “all options are on the table” for charging members of the violent pro-Trump mob that stormed the U.S. Capitol — including sedition charges. More than 90 people have been arrested by police in Washington and more arrests are likely.

“The top federal prosecutor in Washington D.C. said Thursday that President Trump was not off limits in his investigation of the events surrounding Wednesday’s riot at the U.S. Capitol” https://t.co/WcDhspCHvo

• Washington Post: U.S. Capitol Police Chief Steven Sund announced his resignation effective Jan. 16, a decision that came hours after Pelosi publicly called on him to step down over the department’s handling of the violent pro-Trump siege of the Capitol. Sund confided to colleagues he felt responsible for letting down his troops.

• NY Times: Donald Trump has suggested to aides he wants to pardon himself in the final days of his presidency, a move that would mark one of the most extraordinary and untested uses of presidential power in American history. No president has ever pardoned himself.

• Twitter: The rats are jumping ship as Donald Trump’s presidency burns to the ground. In the past 24 hours, numerous high-level officials in the Trump administration – from Cabinet members to the White House social secretary – have resigned (profiles in courage, I tell you) after Trump incited violence on the U.S. Capitol.

JUST IN: Education Secretary Betsy DeVos has submitted her resignation, making her the second Cabinet member to resign over President Trump’s response to the riot https://t.co/lej7h81xkN

Ryan Tully, the top European and Russian official on the National Security Council, has resigned.

Tully’s resignation marks the latest in a string of Trump administration officials leaving their posts in the wake of the violent clash at the Capitol.
https://t.co/BDEO8AWBZ9

.⁦@WhiteHouse⁩ Deputy Press Secretary Sarah Matthews resigns from the Trump Administration in response to today’s events. I have always known her to be a good person who has the best interests of the nation at heart. pic.twitter.com/4ZMfmM2Zl3

Elaine Chao and Betsy DeVos aren’t taking some brave moral stand by resigning now. They knew how terrible he was. By getting out now, they avoid the 25th Amendment debate. They’re enabling Trump, not standing up to him.