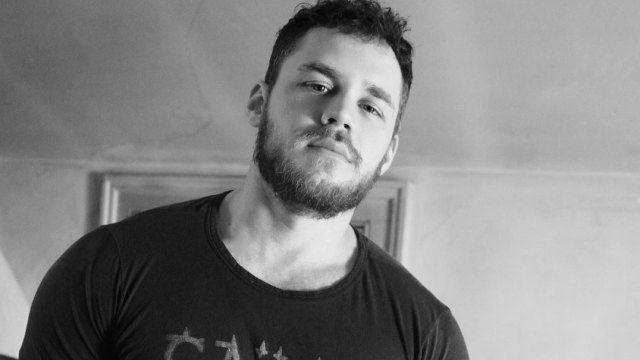 • InstaHunks: I’m still in a Matthew Camp kinda mood since I met the woofy hunk (above) at the GayVN Awards Monday night. #EvenBetterInPerson

• Instinct: After being canceled by Netflix earlier this year, PopTV has picked up Season 4 of One Day At A Time, with a premiere date of March 24th at 9:30 pm ET/PT. The LGBTQ-inclusive reboot of the 70’s classic follows the Cuban-American Alvarez clan, an immigrant family living and loving in California. The luminous Rita Moreno co-stars as sassy grandmother ‘Lydia.’

• NY Times: The impeachment trial of Donald Trump is now underway. Use this link to check for the latest developments in the trial. Today, Trump set a new Twitter record as he lashed out at House managers seeking his removal from office.

• Yahoo Finance: Michael Bloomberg has spent more than a quarter-billion dollars on political advertising since joining the Democratic presidential race, far outpacing all other candidates. Bloomberg’s presidential campaign has spent $209.3 million on broadcast television time, $13.7 million on cable, $1.1 million on radio and $27.2 million on digital.

• WXII-12: A Wilkes County pastor was arrested Thursday on more than 100 counts of felony sex offenses that span 15 years, detectives said. Rodney Dean Luffman, 58, of Pleasant Ridge Road, was charged with 115 felony sex charges — 80 counts of indecent liberties and 35 counts of sexual offenses. One of the victims was as young as 4 years old, and the other was as old as 16 when the offenses occurred.