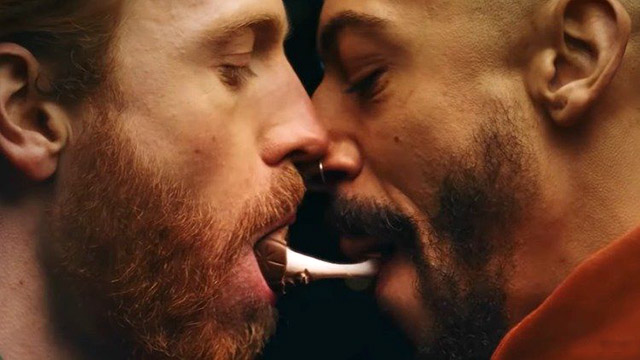 • OUT: One half of the real-life gay couple in that Cadbury ad (above) clapped back at critics of the spot – “I’m sure there would be half as many complaints if it was two ‘beautiful’ cisgendered hetero-looking Caucasian women. Get your act together world: y’all are as hypocritical and uneducated and bizarre as Donald Trump.”

• The Advocate: Hillsborough has become the first town in North Carolina to adopt LGBTQ-inclusive antidiscrimination protections since the state’s ban on doing so expired.

• NowThis News: “Knock the crap out of ’em, would you? I promise you, I will pay for the legal fees” — Watch this report on how Donald Trump has been inciting violence from his supporters for years.

• LGBTQ Nation: An 18-year-old lesbian who says she has been kicked out of her home for being gay has outed her Trump-loving family members who participated in the violent altercation in D.C. last week.

• New York Times: Senate Majority Leader Mitch McConnell has told associates that he believes Donald Trump committed impeachable offenses and that he is pleased that Democrats are moving to impeach him, believing that it will make it easier to purge him from the party, according to people familiar with his thinking.

• NBC News: Michael Sherwin, the acting U.S. attorney for the District of Columbia, and Steven D’Antuono, head of the FBI’s Washington field office, briefed reporters on the sprawling criminal investigation designed to catch those who took part in the violent Capitol insurrection last week. They said that the FBI had opened 160 case files, and that “this is only the beginning.”

BREAKING: DOJ says “we’re looking at significant felony cases tied to sedition and conspiracy,” charges that have prison terms of up to 20 years.

“You will be charged and you will be found,” acting US attorney in DC Michael Sherwin says. pic.twitter.com/1lj8Bbk01L