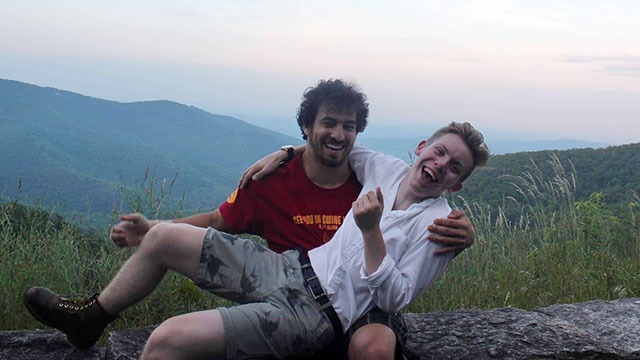 • Outsports: Devin Ibañez (above), who played professionally in Major League Rugby, has come out as gay in social media posts, saying he has “decided to embrace what I once felt embarrassed of and be proudly and shamelessly myself.”

• PBS: Canada will soon require that air travelers test negative for COVID-19 before arrival, federal ministers said on Wednesday after social media images of maskless tourists prompted a call for stricter measures to curb the virus.

• NewNowNext: Marcus D’Amico — who brought the beloved Tales of the City character Michael “Mouse” Tolliver to life in the original 1993 PBS miniseries — died from pneumonia on December 16 at the age of 55.

• The Hill: The United States on Tuesday broke its record for the most number of coronavirus-related deaths in a single day with 3,725 reported, according to data compiled by Johns Hopkins University. As of Wednesday evening, the U.S. has now recorded a total of 342,312 deaths due to COVID-19.

• Reuters: Donald Trump’s pardon of four American men convicted of killing Iraqi civilians while working as contractors in 2007 may have violated U.S. obligations under international law. The Geneva Conventions oblige states to hold war criminals accountable for their crimes, even when they act as private security contractors, the U.N. experts said.

• Twitter: As the death toll from the coronavirus passes 341,000+ dead Americans, Donald Trump is back on the golf course today.

President Trump is back on the golf course today in Florida pic.twitter.com/pvnGEWJrzl