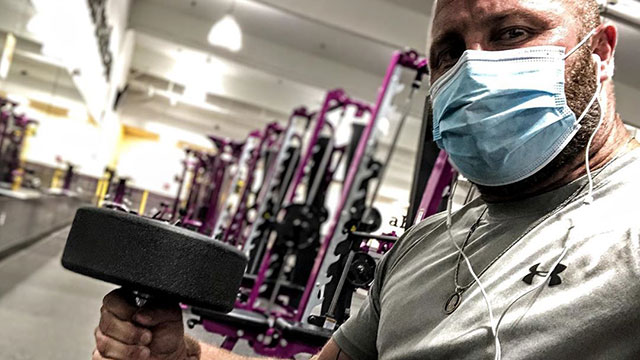 • InstaHunks: Yes, Wes Dupree (“Gymbear79”) is practicing his “social-fitnessing.”  Good on him…

• The Wrap: Ratings for The Ellen DeGeneres Show sunk to a new series low last month following a bombshell Buzzfeed News report about the toxic work environment behind the scenes. Ratings for the talk show were down 9% from the prior week and a glaring -29% from the same week last summer.

• Gay Star News: The Democratic Party has unveiled its platform for November’s elections and it is the most LGBT+ inclusive ever including major pledges to reverse Donald Trump’s anti-LGBTQ policies, ban ‘conversion therapy’, AND pass the Equality Act.

• Winnipeg Sun: Former WWE pro wrestler Marty Jannetty posted (then deleted) on social media that at the age of 13 he murdered a gay man he was buying weed from after an alleged sexual assault.

• NBC News: Facebook removed hundreds of fake accounts linked to conservative media outlet The Epoch Times that pushed pro-Trump conspiracy theories about coronavirus and protests in the U.S. Facebook took down the accounts as part of its enforcement against the use of fake accounts to inflate the reach of content or products on social media. The Epoch Times is owned by the virulently anti-LGBTQ Falun Gong cult, which also produces the touring acrobatics show, Shen Yun.

• Cognitive Decline: Just days after Donald Trump was mocked for mispronouncing Yosemite National Park as “Yo-semites,” the Trumpster – who accuses former Vice President Joe Biden of not being mentally on point – referred to Thailand as “ThighLand.”

Can we officially say he has cognitive decline yet? pic.twitter.com/4yL9tCdeR4