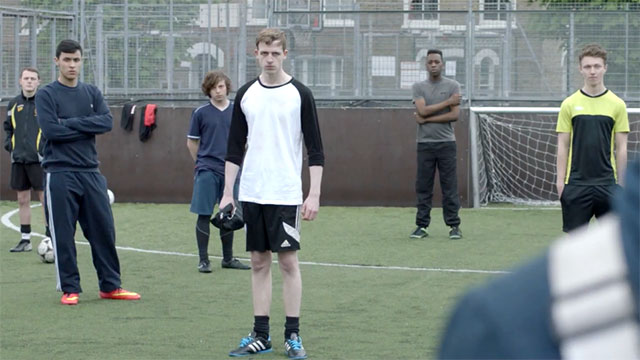 NQV Media brings together four short films that explore the intersectionality of masculinity, sexuality, and the most popular sport on the planet, soccer.

The Male Gaze: Strikers & Defenders, the third in a series of curated gay-themed collections by NQV, features four drama-fueled shorts from the UK, Germany, and France that touch on coming-of-age topics like teacher/pupil relationships, brotherly compassion, and high school crushes amid the world of soccer.

• Play It Like A Man – Two 15-year-olds steal their teacher’s phone and discover photos of their naked teammates in the shower room, but sometimes everything isn’t what it seems.

• Islands – Young footballer Theo wants to share his true feelings for classmate Linus but it seems there’s nobody around for him to share his situation. That is, until Mr. Kruger, seen by most as merely an odd old teacher, appears to be the one who understands Theo.

• Through the Fields – Lucas, 22, plays soccer with his local club, lives with his parents, and is in no hurry to assert his independence. His 17-year-old brother Théo is nearing the end of high school and attracted to boys, but has only confided with his brother. Living with his secret and spurred on by the need for affection, Théo’s decides to meet up with Harry, a man he has met on the internet despite his brother’s warnings. 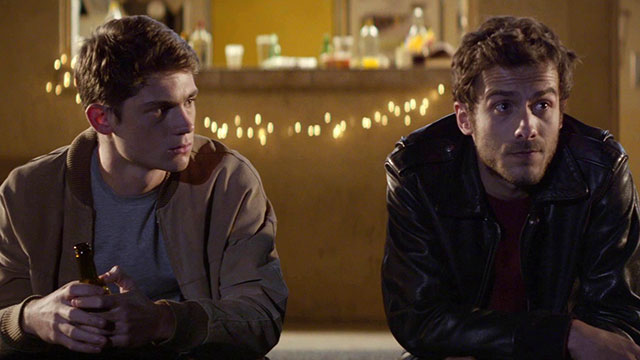 It’s not important to be a soccer fan to connect with these stories of young gays coming to terms with themselves. Just about everyone will find something to connect with in these thought-provoking film shorts.

The Male Gaze: Strikers & Defenders is available to watch on Amazon, Vimeo (worldwide) and FilmDoo (worldwide).

NQV Media has previously curated gay-themed short films based on the themes of late-night encounters (The Male Gaze: The Heat of the Night in 2019) and the myriad emotions that occur after our first kiss (The Male Gaze: First Kiss in 2018).