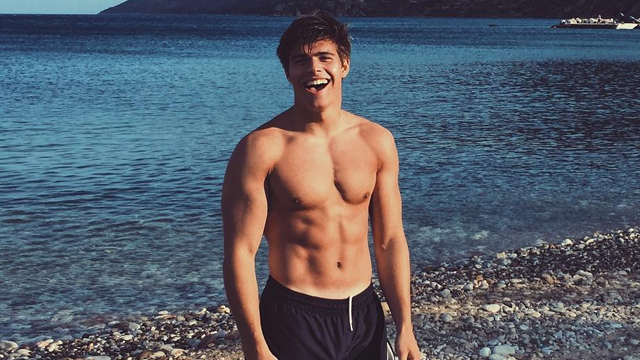 • Daily Mail: Princess Margaret’s hunky grandson Arthur Chatto (above) is set to become the first royal to join the Marines. I wrote about Chatto back in January.

• Queerty: The so-called “King of Pizza” in western Australia has been arrested for pretending to be gay to gain women’s confidence so he could rape them.

A woman who used the Instagram handle AntiVaxMomma was charged in a conspiracy to sell hundreds of fake coronavirus vaccination cards for $200 on IG, Manhattan prosecutors said https://t.co/Mxz4fJ9cdK

• OUT: A father was sentenced to three years in jail after he beat up his 6-year-old son for acting “gay” in August 2020. With time served, though, he could be out of jail on parole by Christmas.

• Sunday Express: An man in Afghanistan was promised safe passage out of the country after the Taliban took control, but it was a trick. “Two people raped him, they beat him, and then demanded his father’s number so they could tell him his son was gay.”

• The Hill: A new study published in the Journal of the American Medical Association found that Moderna’s vaccine created twice as many antibodies as the Pfizer-BioNTech vaccine.