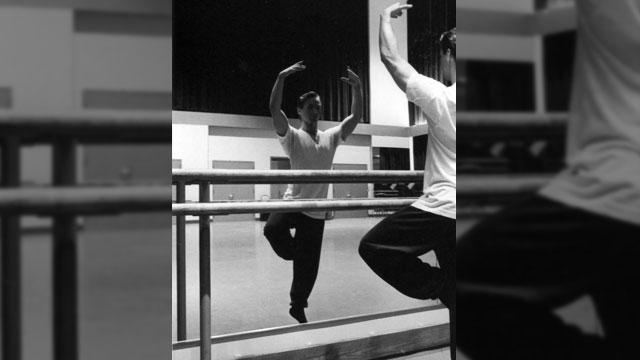 • International Day of Dance: I’m a day late but I have to pay tribute to the gift, the discipline, and the artistry afforded me by my many (many) years of dance training. It all was a gift. The pic above was taken as I warmed up for a performance of CHICAGO the Musical in Los Angeles at the Shubert Theatre in 1998.

• Washington Blade: Rufus Gifford has been named deputy campaign manager for Joseph Biden, the campaign confirmed Wednesday. The former U.S. ambassador to Denmark from 2013 to 2017, Gifford was one of seven openly gay ambassadors who served under the Obama administration. Oh, and he’s a dog man and pretty easy on the eyes, which never hurts 🙂

• Media Matters: National Rifle Association board member Anthony Colandro called the novel coronavirus pandemic “bullshit” and encouraged his followers to join him at an anti-social distancing protest in New Jersey insisting the state police “can’t arrest all of us.”

• Pink News: A scientist has explained why Mike Pence refused to wear a mask while visiting patients recovering from coronavirus: toxic masculinity. Peter Glick Ph.D., a social sciences professor, says Pence refusing to abide by the hospital’s guidelines comes down to “one critical reason, which is that appearing to play it safe contradicts a core principle of masculinity: show no weakness.” p.s. Pence wore a mask at a GM plant after the backlash.

• Fox News: After over one million confirmed cases and over 62,000 deaths of COVID-19 in the U.S., plus 30 million Americans have lost their jobs, Donald Trump’s campaign is set to launch a seven-figure ad blitz on his “spectacular success.” Priorities USA has its own take on Trump’s efforts.

Less than 24 hours after the US coronavirus death toll passed 60,000, Trump says, “I think we did a spectacular job” responding to the outbreak. pic.twitter.com/cAU2o3EZTu