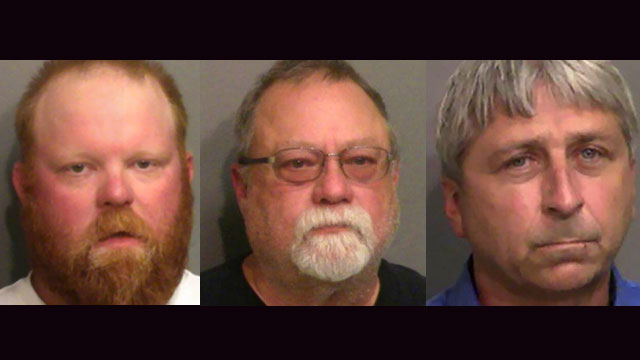 Arbery, a 25-year-old Black man, was jogging through the neighborhood when the men began chasing him in a pickup truck and rifle.

The jury has found Travis McMichael, 35, the man who shot Ahmaud Arbery, guilty on all nine counts, including malice murder and felony murder.

The jury has found Gregory McMichael, 65, Travis McMichael’s father, not guilty of malice murder, but guilty of all other counts he faces, including felony murder.

Months went by without any arrests until video footage of the incident went viral igniting a national outcry.

Eventually, a former Georgia prosecutor, who had ties to Gregory McMichael, was indicted on charges of obstructing law enforcement and violating her oath of office in the case.

The three defendants face sentences of up to life in prison for the state crimes.

The men have also been indicted on separate federal charges, including hate crimes and attempted kidnapping, and are expected to stand trial in February on those charges.

From @usatodayopinion: “Three white men who carried out the shotgun killing of a Black jogger in Georgia last year were convicted by a jury of murder. But let’s not kid ourselves. The death of 25-year-old Ahmaud Arbery bore the savage traits of a lynching.”https://t.co/nvC46uHqrT

.@GovKemp: “Ahmaud Arbery was the victim of a vigilantism that has no place in Georgia.” Following Arbery’s murder, Kemp signed bipartisan measures long pressed by Democrats to reinstate a hate-crimes law and abolish a citizen’s arrest statute dating to the Civil War. #gapol pic.twitter.com/xSwenijcAi