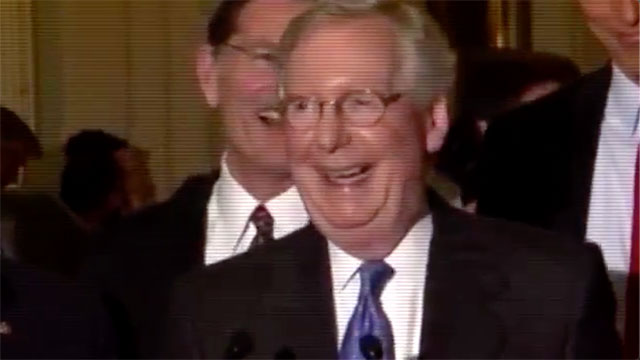 Republican Senate Majority Leader Mitch McConnell blocked a vote to increase the amount of stimulus checks to Americans to $2,000 after the House overwhelmingly approved the legislation yesterday.

Senate Majority Leader Mitch McConnell (R-Ky.) on Tuesday blocked consideration of a House bill that would deliver $2,000 stimulus payments to most Americans — spurning a request by President Trump even as more Senate Republicans voiced support for the dramatically larger checks.

McConnell’s move was just the beginning of a saga that is likely to engulf the Senate for the rest of the week. Democrats are pushing for an up-or-down vote on the House bill, while more Republicans acknowledge a need for larger stimulus checks.

Proponents include Georgia’s two embattled Republican senators — David Perdue and Kelly Loeffler — who find themselves in tough reelection battles that will decide the fate of the chamber next week.

The Donald was not pleased as he tweeted, “Unless Republicans have a death wish, and it is also the right thing to do, they must approve the $2000 payments ASAP. $600 IS NOT ENOUGH!”

BREAKING: @SenSchumer just asked for unanimous consent for the Senate to pass the #CASHAct to increase direct payments from $600 to $2,000.

Unless Republicans have a death wish, and it is also the right thing to do, they must approve the $2000 payments ASAP. $600 IS NOT ENOUGH! Also, get rid of Section 230 – Don’t let Big Tech steal our Country, and don’t let the Democrats steal the Presidential Election. Get tough! https://t.co/GMotstu7OI