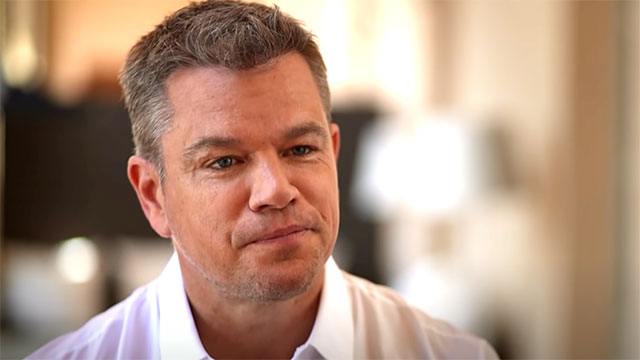 Oscar winner Matt Damon has issued a statement clarifying remarks made in a recent interview where he referenced the homophobic slur “faggot,” giving the appearance that he casually uses the term today.  He states definitively for the record that is not the case.

In a recent post, I shared part of an interview Damon did  with the U.K.’s Sunday Times in which Damon recalled how the homophobic slur “faggot” was “commonly used when I was a kid, with a different application.”

After sharing an anecdote where he had used the term in a joke “months ago,” he added his daughter called him out about using the word.

In the wake of Matt Damon facing backlash over a recent interview in which the actor revealed he only stopped using the “f-slur for a homosexual” months ago, he is speaking out to clarify his remarks #THRNews pic.twitter.com/gmMwyvQ6le

In an effort to clarify what he says he was trying to convey, Damon sent this statement to The Hollywood Reporter:

“During a recent interview, I recalled a discussion I had with my daughter where I attempted to contextualize for her the progress that has been made – though by no means completed – since I was growing up in Boston and, as a child, heard the word ‘f*g’ used on the street before I knew what it even referred to. I explained that that word was used constantly and casually and was even a line of dialogue in a movie of mine as recently as 2003; she in turn expressed incredulity that there could ever have been a time where that word was used unthinkingly.”

“To my admiration and pride, she was extremely articulate about the extent to which that word would have been painful to someone in the LGBTQ+ community regardless of how culturally normalized it was. I not only agreed with her but thrilled at her passion, values and desire for social justice.”

“I have never called anyone ‘f****t’ in my personal life and this conversation with my daughter was not a personal awakening. I do not use slurs of any kind. I have learned that eradicating prejudice requires active movement toward justice rather than finding passive comfort in imagining myself ‘one of the good guys.’”

As I mentioned in my original post, I don’t believe Damon to an enemy of the queer community. The story he recounted in the Sunday Times interview appears to have been to make a point that was lost in translation.

The LGBTQ community has bigger fish to fry, and in that spirit I’m sharing his clarification here.

Read more about the episode at The Hollywood Reporter.