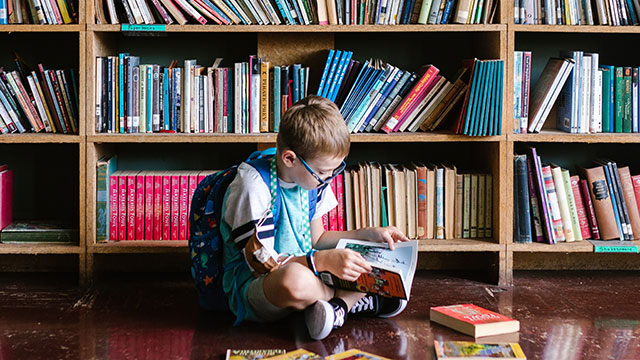 A central Texas public library is shutting down for 3 days as librarians have been tasked with sifting through books for children and young adults to see if they contain “objectionable content” including LGBTQ issues.

Demands from Republican officials to hunt down books about LGBTQ+ history, Black Lives Matter, feminism, and other social justice issues have shut down a Texas library for three days. https://t.co/qcGgmFaAWr

In October, Krause sent a letter to the Texas Education Agency as well as several school districts with the request that they identify books that deal with certain issues.

Specifically, those books that included “material that might make students feel discomfort, guilt, anguish, or any other form of psychological distress because of their race or sex or convey that a student, by virtue of their race or sex, is inherently racist, sexist, or oppressive, whether consciously or unconsciously.”

More from The Advocate:

He attached a list of 850 books, including volumes about LGBTQ+ history and identity, the civil rights movement and Black Lives Matter, feminism, and other social justice issues.

Among the most prominent titles on the list were Isabel Wilkerson’s Caste: The Origins of Our Discontents, Between the World and Me by Ta-Nehisi Coates, and a graphic-novel version of Margaret Atwood’s The Handmaid’s Tale.

And while the letter did not address libraries, it likely influenced the challenges they are seeing. “I think it definitely ramped it up,” Wendy Woodland, the Texas Library Association’s director of advocacy and communication, told The Texas Tribune.

The push to ban books in Texas schools in spreading to public libraries as some see a growing number of complaints from local residents about the titles on their shelves. https://t.co/TLpYrwRPiA