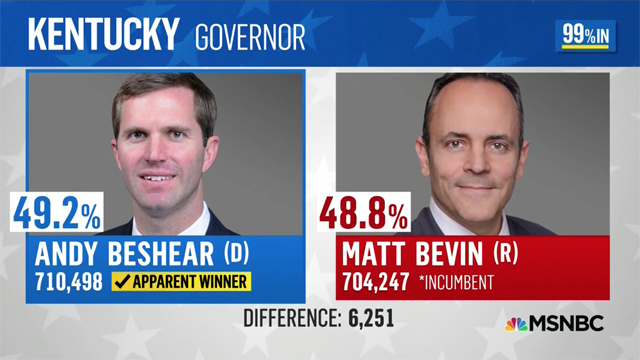 With 99% of the vote in, Beshear has been announced the ‘apparent winner’ by a lead of over 6,000 votes.

This is not good news for Donald Trump.

Trump campaigned for Matt Bevin in Kentucky last night and said to the crowd, "You gotta vote because if you lose, it sends a really bad message. It just sends a bad and they're going to build it up … You can't let that happen to me."