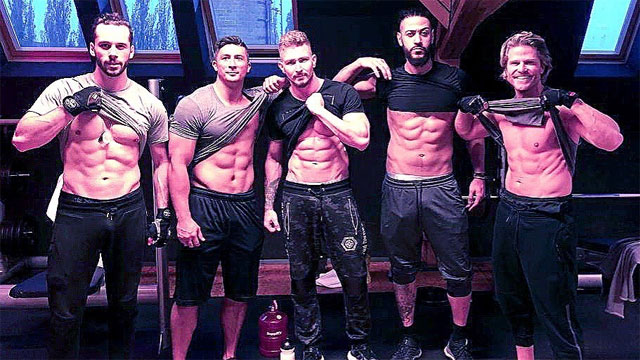 • Politico: Sen. Elizabeth Warren has pledged that her first step as president would be to overturn President Donald Trump’s decision to prohibit transgender troops in the military.

• Men’s Health: Rugby legend Gareth Thomas, who recently came out as HIV-positive, covers this month’s issue of Men’s Health UK. “It’s a sign of where we are that a man LIVING with HIV is on the cover of Men’s Health,” wrote the 45-year-old athlete on social media.

Thank you @MensHealthUK . It’s a sign of where we are that a man LIVING with HIV is on the cover of Men’s Health. Thank you to everyone who works to ensure this happens for not just me, but millions of people. @THTorguk pic.twitter.com/bMm72psn6j

• OUT: A daycare center in Switzerland has come under fire for turning away a pair of twin boys because they have gay parents. The family was informed the boys would not be welcome in the playgroup because their parents’ relationship is “neither normal nor natural.”

• Campaign Ad: Mayor Pete Buttigieg, currently landing in 3rd place in Iowa polls, has a new campaign spot out in Iowa that highlights national unity. Titled “Sun Comes Up,” the ad asks voters to imagine the first day when Trump is no longer president, as Buttigieg promises to pick up the pieces of our divided nation.