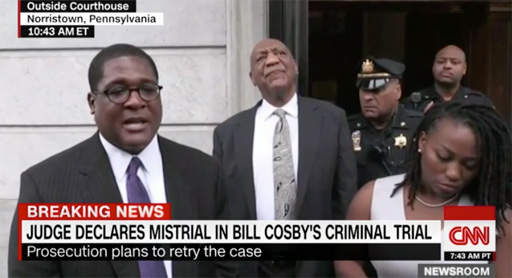 After 52 hours of deadlocked deliberation, Judge Steven O’Neill declared a mistrial in the case against TV icon Bill Cosby.

Cosby was charged with three felony counts of aggravated indecent assault against a former employee of his alma mater, Temple University.

Cosby faced a potential 10 years in prison for the alleged 2004 assault.