Far-right school board candidate John Carlo recently confused the Declaration of Independence with the U.S. Constitution when he told folks “homosexuals can’t procreate” and that “goes against our Constitution.”

Actually, it seems like he’s confused about a LOT.

John Carlo is currently running for Clark County school board here in Las Vegas (my town). During a recent appearance at a church, he told the small gathering:

“I believe the Constitution,” he says. “I believe in … the way our founding fathers believed in this country: life, liberty, and the pursuit of happiness. That means that homosexuals cannot procreate. This goes against our Constitution and this goes against what parents want in the school district, and this is only one book out of thousands.”

Now, of course, “life, liberty, and the pursuit of happiness” appears in the Declaration of Independence, not the U.S. Constitution.

“We hold these truths to be self-evident, that all men are created equal, that they are endowed by their Creator with certain unalienable Rights, that among these are Life, Liberty and the pursuit of Happiness.”

This IS taught in schools today, right? And this man wants to be on the SCHOOL BOARD???

I’m not sure how the quote from the Declaration of Independence means LGBTQ people “goes against our Constitution.”

He was apparently protesting a children’s book, King & King, in a school library that Carlo says homosexuality is ok. And that seems to really bother him.

Since his error filled history lesson went viral, John Carlo deleted his social media accounts – but not before folks screen captured a few things like this Instagram post in front of the Confederate flag.

The hand on the hip is a nice touch: 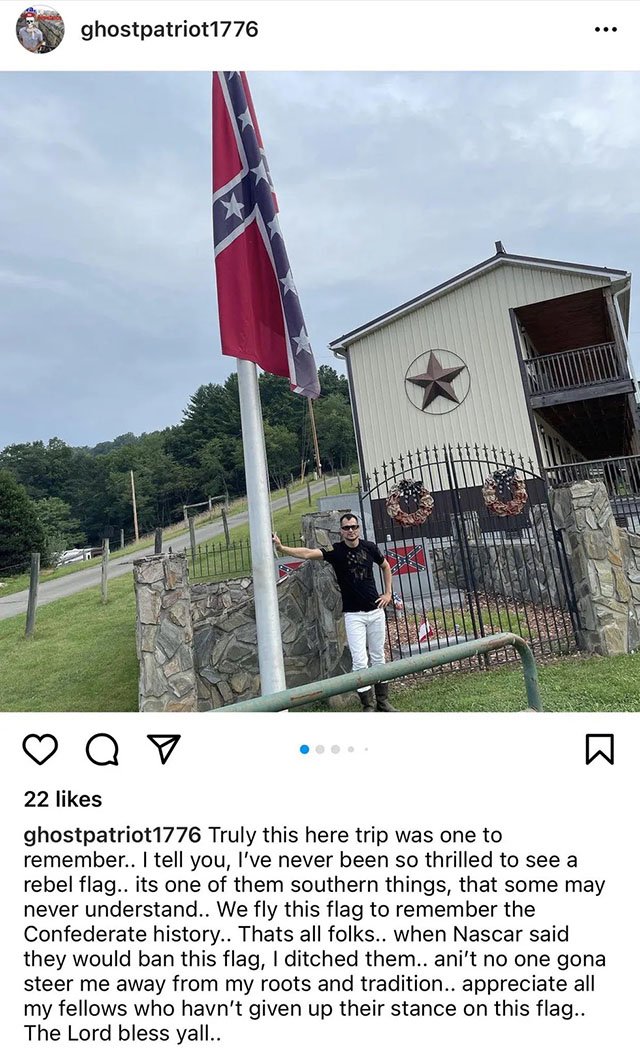