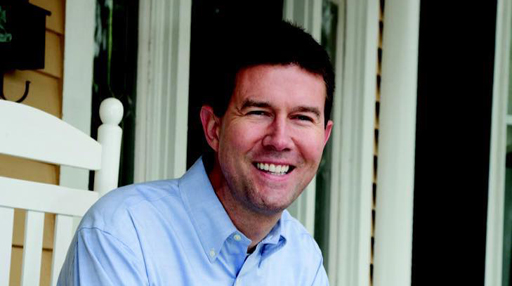 A Republican candidate for U.S. Senate in Alabama told supporters over the weekend the problem with the United States today is Americans are too “preoccupied with homosexual activities” and “the wife swap shows.”

John Merrill, currently serving as Alabama’s Secretary of State, is one of many Republicans looking to unseat Sen. Doug Jones (D) in the 2020 election cycle.

The senate seat was held for 20 years by former Donald Trump toadie, Jeff Sessions, who vacated the position to become U.S. Attorney General, which didn’t work out too well for him, but that’s another story.

At a town hall event in DeKalb County this past weekend, Merrill was asked his thoughts on “culture shift” in the country (that’s code for the gays emergence in the mainstream) and the erosion of moral principles.

It was great to be back in Fort Payne this morning and speak to the folks in attendance at the DeKalb County Republican Breakfast at the Western Sizzlin! I was honored to talk to them and answer questions about my campaign for the United States Senate! #All67 pic.twitter.com/00cN2DmzUC

“[T]hat’s what we’ve allowed to happen,” said Merrill first reported by YellowHammerNews. “How have we allowed it to happen? There are no more good TV shows on like ‘Gunsmoke,’ ‘Bonanza,’ ‘The Virginian,’ ‘Andy Griffith,’ ‘I Love Lucy.’”

So, basically, Merrill longs for the good old days of TV shows that glorified guns and had wives stay at home in the kitchen.

The comments were confirmed by Alabama news site AL.com on Monday evening during a phone interview.

“The foundational principles which we have grown up as a nation are no more,” lamented Merrill. “There’s no more TV shows like ‘Gunsmoke’ or ‘Bonanza’ or ‘The Virginian’ or ‘I Love Lucy’ or ‘Andy Griffith.’ I said people are too interested in homosexual activities. They’re too interested in the wife swap TV shows and the shows that are not morally uplifting. That’s the problem.”

Asked by reporter Howard Koplowski what exactly that means, Merrill repeated himself.

“I meant what I said. People are too interested in anything that is not uplifting, edifying. They’re too busy being preoccupied with homosexual activities and the wife swap shows.”

According to Koplowski, Merrill demurred from offering any specific examples of how Americans are too preoccupied with “homosexual activities.”

The secretary of state did bemoan about the lack of TV shows “that are based on biblical foundations,” however.

I guess we should have seen that coming.

“Shows that promote family and culture with a father, a mother and children based on biblical teachings and biblical principles on which our nation was founded,” explained Merrill.

Merrill also told USA Today, “There are too many TV shows preoccupied with people’s sexual orientation instead of messages that edify our basic moral foundation.”

“This attack on LGBTQ people and our values only further underscores the fact that the Alabama Senate Republican primary is becoming a race to the bottom and a competition for who is the most virulently anti-LGBTQ. Alabamians deserve a leader who fights for the equality of everyone and every community, not someone who would feel more comfortable in America’s oppressive past.”

I seriously think people in the republican party are more obsessed with “homosexual activities” than I am.

Much like me, John Merrill is apparently too interested in homosexual activities to watch Nick at Night. pic.twitter.com/pK5ENhpLgB

Also, the top viewed TV drama of 2018 was “This Is Us,” which is noticeably not about homosexual activities or, uh, wife swapping?