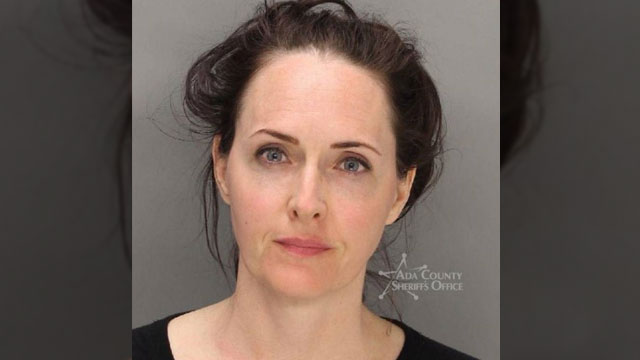 In a video shared on social media platforms, anti-vaccination activist Sara Walton Brady, 40, dared police to arrest her as officers tried to peacefully disperse an organized protest on a closed playground in Idaho.

Any guesses as to what happened next?

From the Idaho Statesman:

Sara Walton Brady, 40, of Meridian, was noncompliant and refused to leave after being given many opportunities, police said. She was arrested on one count of misdemeanor trespassing. She was booked into Ada County Jail and released.

According to a police press release, officers on Tuesday night responded after several calls were made to dispatch. Officers then informed those gathered that the playground structure was closed and that they were welcome to utilize open areas of the park.

Walton Brady posted a $300 cash bond Tuesday evening, and her next court date is set for May 29, according to online court records.

A GoFundMe campaign was launched to “buy booze” for the arresting officer.

When black people get arrested it’s respect authority but now y’all are against the police pic.twitter.com/BbPS4DYbuH

It’s just funny how *this* is the stuff White folk choose to “protest”. ALLLLLLLLLLLLLL the other social issues in America & they up in arms bc they can’t play on the playground or go get their hair done 💀 pic.twitter.com/iJcDnw2927