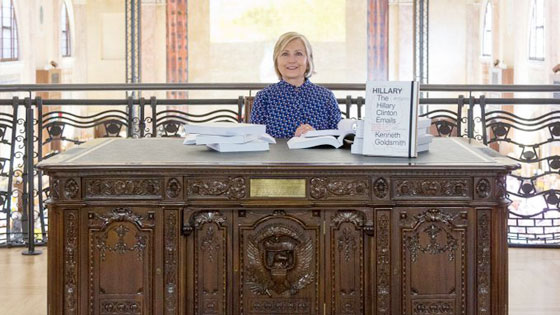 Former Secretary of State Hillary Clinton visited an art installation by Kenneth Goldsmith at the Venice Biennale and posed for a photo with a replica of the Oval Office’s Resolute Desk and 62,000 pages of paper containing every single email sent from her private email server.

After spending about an hour flipping through pages and pages of her own emails, she told reporters, “It was and is still one of the strangest most absurd events in American political history. Anyone can go in and look at them, there’s nothing there. “

“The exhibition is further proof that nothing wrong or controversial can be found on these emails,” she added. “It makes them accessible to everyone and allows everyone to read them. … They are just a bunch of boring emails.”

As we all remember, Donald Trump spent much of the 2016 presidential campaign lambasting Clinton for using a private email server, which at the time, was not illegal.

Since being elected to office, it’s been widely reported that Trump’s daughter Ivanka has used private email herself in violation of federal records rules. Because irony is dead.

Found my emails at the Venice Biennale. Someone alert the House GOP. pic.twitter.com/eeXaKhy9Dz

Hillary Clinton reading her own emails at my exhibition in Venice, Italy (credit: Giuseppe Cordioli) pic.twitter.com/n10eSGcIDs

Hillary Clinton’s statement after seeing my show, given during an interview to Italian TV, Part 1 (credit: Giuseppe Cordioli) pic.twitter.com/ykwQvrl94q

Hillary Clinton’s statement after seeing my show, given during an interview to Italian TV, Part 2 (credit: Giuseppe Cordioli) pic.twitter.com/f8tWOyWHVp 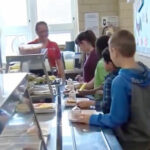 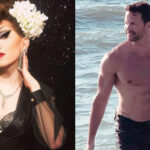 Drag Queen To Aaron Schock: 'You Can't Have Your Cake & Eat It Too' 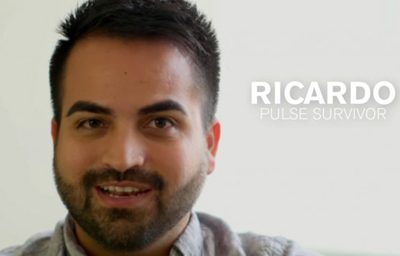 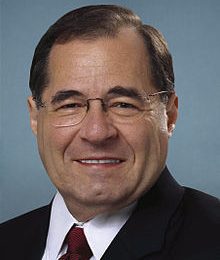 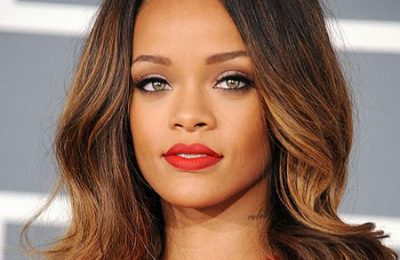