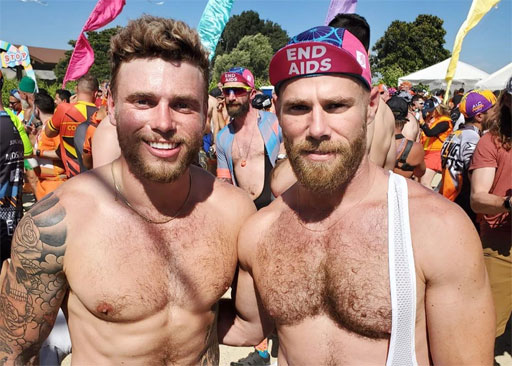 PEOPLE Magazine reports that out Olympic silver medalist Gus Kenworthy and longtime boyfriend, actor Matt Wilkas, have “decided to take a break in their relationship.”

“Gus and Matt are taking time apart,” a spokesperson for the couple told PEOPLE. “They love and support each other and remain close friends.”

The couple met via Instagram when Kenworthy reportedly messaged Wilkas in November 2015.

“It sounds bizarre, because I’ve said it to people and they were like, ‘I didn’t know people did that,’ ” Kenworthy shared after competing at the 2018 Winter Olympic Games in South Korea.

The two exchanged messages, then exchanged phone numbers and met for a coffee date in New York City. They’ve been dating ever since.

View this post on Instagram
Happy #NationalComingOutDay everybody! That doesn’t mean that today is intended to pressure anybody to come out before they’re ready. Instead today is a gentle reminder to us all to live our lives honestly and authentically and not allow anybody else’s expectations to force us into silence. Coming out is an extremely personal journey that each person should do on their own time when they feel ready, safe and comfortable. There is no “right” way nor a right time to come out. It’s all up to you! If you happen to be struggling in the closet then I hope today can be a beacon of hope for you. Click the hashtag to see and read stories of others who have walked the same trail that you’re maybe now just finding yourself embarking on. Sometimes it can feel like a tough path to walk but I promise it will be worth it in the end. There is no feeling more liberating, fulfilling or freeing than accepting and acknowledging who you are and then sharing your true self with the world. We all deserve to live our lives authentically and unabashedly. When you live your truth, unafraid and unapologetically, you make it easier for someone else to do so. Representation is how we break down barriers, combat discrimination, and make positive change in the world. Although you may feel alone in the closet there is a community out there that sees you, hears you and not only accepts you but is actually waiting with open arms to embrace you. Good luck! ❤️🧡💛💚💙💜
A post shared by gus kenworthy (@guskenworthy) on Oct 11, 2018 at 12:02pm PDT

The couple was famously photographed kissing at the bottom of a ski slope at the Winter Games after a successful run by Kenworthy.

View this post on Instagram
Kiss Kiss Bish! Didn’t realize this moment was being filmed yesterday but I’m so happy that it was. My childhood self would never have dreamed of seeing a gay kiss on TV at the Olympics but for the first time ever a kid watching at home CAN! Love is love is love. Also, shouts to @rightordoyle for being the third wheel of the century. Love you boo!
A post shared by gus kenworthy (@guskenworthy) on Feb 18, 2018 at 7:00pm PST

The last social media post to feature the duo was on June 8 as the couple took part in the AIDS/LifeCycle annual fundraising event.

View this post on Instagram
It’s hard to put into words what this past week has meant to me but it was quite a journey, both physically and emotionally. By the end of day two I was questioning why I ever even signed up. I was tired, my legs ached, I was bored out of my mind and all I wanted was for the ride to end. Throughout the week things started to shift though and as we got closer and closer to Los Angeles I began to feel sad that it was coming to an end. The people I met along the way were some of the sweetest, most patient and most generous that I’ve ever known. Everyone had their own story behind partaking – but on night 6, during a seaside candle-lit vigil commemorating the lives we lost to the AIDS epidemic, it became very clear to me the real reason and importance of our participation. I am so thankful to have been a part of this year’s ride and I’m already looking forward to next year’s (even if my ass isn’t). I pledged to raise $1,000,000 for the cause and although I didn’t complete that goal I’m going to participate every year until that dream is realized. If anybody is considering riding next year, I genuinely encourage you to do so. For this year’s ALC I’ve currently raised over $243,000 (although there are still donations that I’m expecting and my page is still open for any of you who want to help!). My efforts exceeded the previous highest fundraiser more than threefold and I am so incredibly thankful to each and every one of you who contributed to that. Whether you donated, posted, shared, commented, bought a product or simply rooted me on, I can’t express my gratitude and appreciation enough. I couldn’t have done this without you all! I also want to give a special thank you to all the people in all the tiny towns along the route who stood outside with signs and balloons, snacks and music – y’all were truly a sight for sore eyes every single time. ❤️
A post shared by gus kenworthy (@guskenworthy) on Jun 8, 2019 at 6:47pm PDT

View this post on Instagram
Wow, I still can’t fucking believe this is happening! I couldn’t be more excited to be a part of this incredible cast!!! Repost: @mrrpmurphy @ahsfx #1984
A post shared by gus kenworthy (@guskenworthy) on Jul 11, 2019 at 10:21am PDT

And Wilkas has been spending time in Provincetown, MA.

Sometimes, people come together for a period of time to learn some life lesson. When the lesson is learned, folks head to the next chapter.

Or, sometimes couples take a break and then find each other again.

Wishing both talented men the best in whatever comes next. 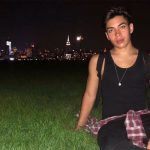 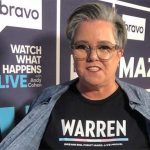 Rosie O'Donnell On Donald & Ivanka: "I Think He's Been Doing Bad Things With Her" 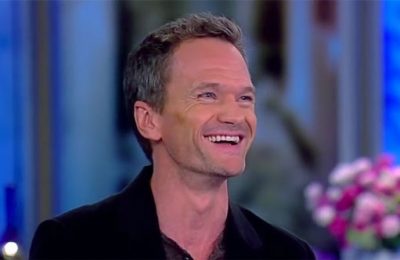 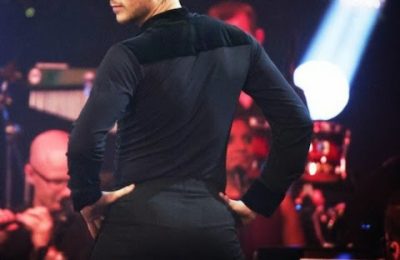