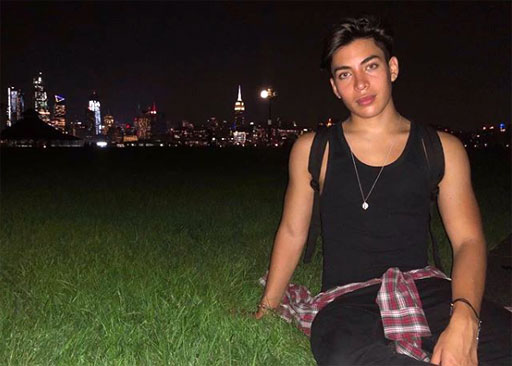 A gay teen shared a heartbreaking note he left his parents explaining why he had to leave home after they rejected him for coming out as gay.

The letter, penned by 19-year-old Kent Mendez, was shared on Twitter Monday and quickly went viral. At this writing, the post has been retweeted 15,000 times.

here’s the letter I left to my parents before moving out in english and spanish, I’m never changing who I am 🏳️‍🌈 pic.twitter.com/V2qjdLQ1qW

“There hasn’t been a day where I haven’t cried or struggled to find the energy to get out of bed,” begins Mendez. “This doesn’t feel like a home and I don’t think it ever will.”

“You have accused me of being a bad person, of being an embarrassment, and telling me I have a psychological disorder,” he continues. “I don’t think you guys will ever understand what it’s like to hear that from your own parents and how harmful and damaging it is to a child.”

Mendez goes on to share the ways his parents “used money” to “control” and “suppress who I am,” from forcing him to choose between his happiness or his education to forcing him to watch videos “to make me feel ashamed of who I am and who I love.”

“The other day you asked me what parents were for: Parents are supposed to love an accept their children unconditionally,” writes the teen in one of the most affecting passages. “That’s all I asked for but sadly I guess I asked for too much.”

After detailing his journey of self-acceptance, he tells his parents, “I refuse to live a lie, not for you or anyone.”

He closes the note writing, “I’m leaving because I refuse to become another statistic.”

What a powerful message, and Something all parents should read. I applaud you you for being brave, courageous, and for staying true to who you are no matter what! 👏🏼🤗

This breaks my heart. Sometimes the ones that love and support you the most are not your family you’re born into… it’s the ones you choose. I do applaud you for choosing your own life and happiness over anyone else’s though.❤️ https://t.co/zT7IIHpH8x

I came out to my dad a year ago after my junior year of college. I never returned to his house after that semester. He told me I’m dead to him. Not returning to that place was the best decision I’ve made ever. You should never hide and if this is what it takes DO IT! https://t.co/mbJi8ehRcZ

this has guts, you should be so proud of yourself ❤️

He followed up by telling his Twitter followers, “I’m not sharing this for pity or for attention, but because I know there are people out there just like me who are scared and stuck in abusive homes and I want to be an example that you’re never stuck and that there is a light at the end of the tunnel.”

He also shares that he’s currently living with a friend, adding, “As f*cked up my life is right now I’m glad I’m finally in a place where I can laugh and crack jokes again.”

Tuesday morning, Mendez tweeted that his parents hadn’t contacted him since he left home.

also in case anyone was wondering no my parents haven’t contacted me since I left!

He has launched a crowd-funding campaign to help him get through school.

On the GoFundMe campaign page, he explains he “made the decision to leave a very toxic environment for the sake of my mental health and happiness.”

His goal, for now, is to “at least attend community college and be able to get back on my feet.”