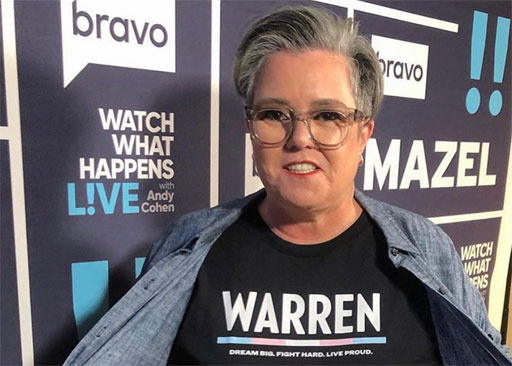 During an interview segment with SiriusXM host Michelangelo Signorile, Rosie O’Donnell shared her thoughts on Donald Trump’s relationship with his daughter Ivanka, as well as Ivanka’s ‘public service’ working in the White House and a possible future run for president.

“I don’t know what he’s doing with her,” said O’Donnell “I think he’s been doing bad things with her for a very long time. There’s a creepy incest feel that is a very prevalent amongst Donald Trump and his children, at least his daughter. Very creepy. I don’t know.”

“I think she’s like, you know, a talentless, non-intelligent, non-powerful woman. And, I think she’s…it’s laughable to think of her in any kind of public service role. No one in his family has ever been in public service. Why should they start now?”

Rosie doesn’t cite any particular instance between Trump and his daughter, although many in the public square have noted various statements by the Donald about his daughter that seemed to step into queasy territory.

Listen to the clip below.