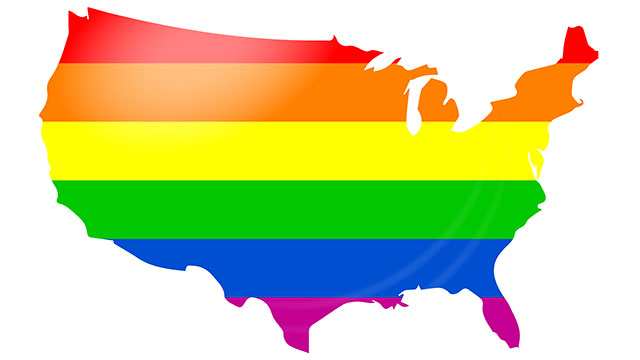 Today, GLAAD released a new poll of LGBTQ Americans that puts to rest the misinformation from unreliable sources about Donald Trump’s LGBTQ record and where critical LGBTQ voters stand in this election.

• 76% of likely LGBTQ voters favor Biden over Trump, who received 17%. 5% of LGBTQ likely voters planned to vote for another candidate and 2% remain unsure.

• 88% of respondents report being registered to vote.

• 92% of registered LGBTQ voters said they would definitely or probably vote in the upcoming Presidential election.

• 81% of likely LGBTQ voters are more motivated to vote in 2020 than in recent elections. 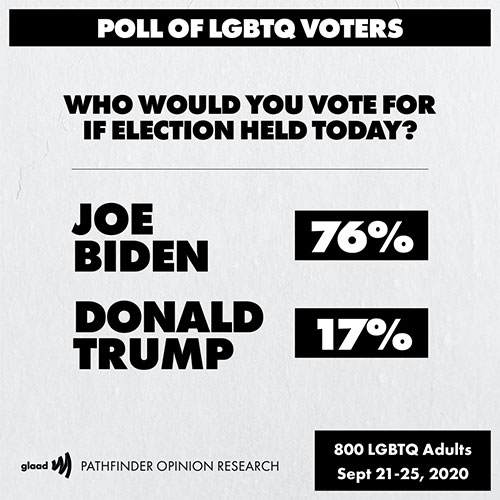 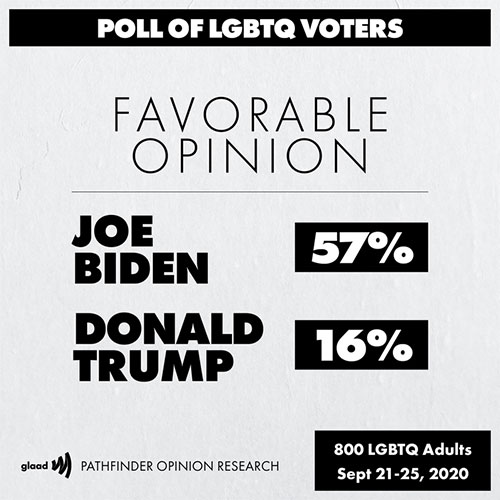 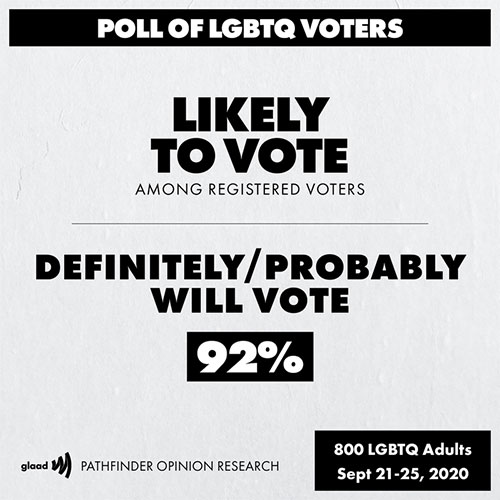 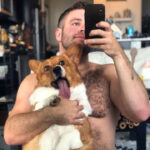 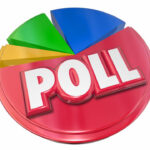 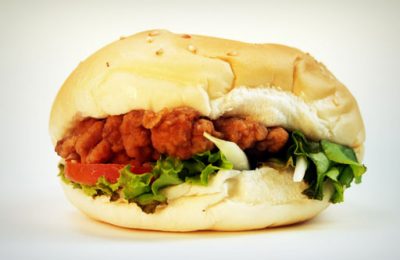 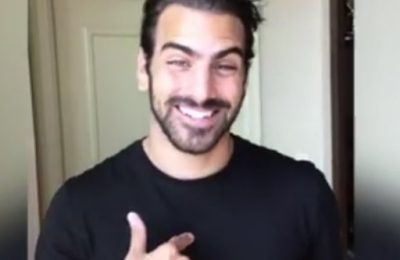 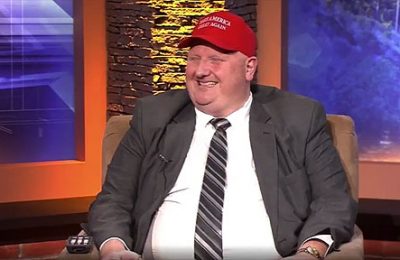