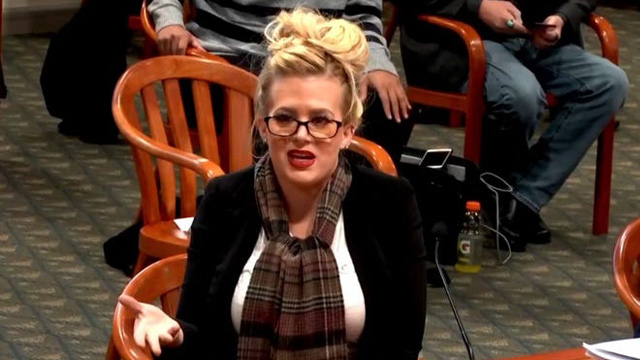 Mellissa Carone, who rose to memedom last month during a Michigan legislative hearing on election fraud, hopes to parlay her infamy into a state House seat.

The former contractor for Dominion Voting Systems confirmed Friday that she’s running for Michigan’s 46th house district in Oakland County on a platform of election integrity after claiming, without evidence, that she witnessed rampant fraud at TCF Center in Detroit in November.

“My ultimate goal is to get our ballots hand-counted and clean out Lansing just like draining the swamp in D.C. because that’s what we need,” she said.

After her statements at that infamous legislative hearing, Dominion sent her a cease-and-desist notice about her misinformation campaign.

Lawyers for Dominion also noted that Carone is NOT a technology or elections expert. She was reportedly hired through a staffing agency “for one day to clean glass on machines and complete other menial tasks.”

Melissa Carone, the key witness brought in by Rudy Giuliani to testify at a Michigan election hearing, says she is running for a seat in the state house. Carone explained, "Look, it's either gonna be me or someone qualified and sober." pic.twitter.com/zzHK8UV8Xj

Mellissa Carone announced her plan to run for office in a district that probably won’t exist after redistricting, but told @dmoyeweirdnews that the district’s future existence has been "verified by numerous people.” https://t.co/aRdfv7toa9