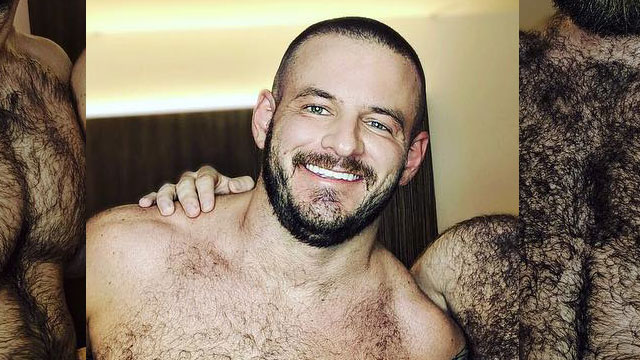 Adult performer Sean Harding took to Twitter Thursday night to issue a veiled message about a “homophobic republican senator who is no better than Trump who keeps passing legislation that is damaging to the lgbt and minority communities.”

Harding goes on to call on his colleagues to help remove the senator from office for supporting the Trump administration that has systematically decimated LGBTQ rights.

“Every sex worker I know has been hired by this man,” he added. “Wondering if enough of us spoke out if that could get him out of office?”

According to a follow-up tweet, high profile lawyers and every major news network has reached out to him since his initial tweet.

He’s now asking his colleagues to step up because “everyone has a story about LG when we talk.”

For the record, I make no assumptions about the identity of ‘Lady G.’ But others have.

At this time, ‘Lady G’ has been trending for hours on Twitter. A smattering of tweets currenting richocheting around the Twitterverse:

Fellow sex workers I invite you to stand with me during this crucial time. EVERY major news network is in my inbox including high profile lawyers willing to take this case. There’s strength in numbers – I KNOW you’re out there because EVERYONE has a story about LG when we talk. https://t.co/PeKKvQSJAx

So far I have two individuals who would be willing to go public and support my claims. Anyone else?

I never gossip. Except to save a soul. Or a conversation.

So I ask only this out of Christian concern: It is a newly monochromatically blond senator from a state south of North Carolina? pic.twitter.com/oC9aeSK6Qu

The gay internet is exploding over #LindseyGraham today.
An Army of gay escorts are claiming, Lindsay has used their services for years and are trying to figure out how to get around the NDA he has them all sign.
It is rumored that DC male escorts now Senator Graham as “Lady G”

Anyone who has been paying attention is not surprised that Lindsey Graham hires male escorts, makes them sign NDAs, and goes by the name of Lady G. Also to the surprise of no one, Trump knows about it. Hence, Lady G’s undying devotion and fawning adulation of his depraved master.

Lady G is a very open secret here in DC. There are a number of Republicans that are known by the party but as long as they vote and direct support and money the right way it is unnoticed. Have you ever been near a GOP convention and checked the hookup sites, apps?