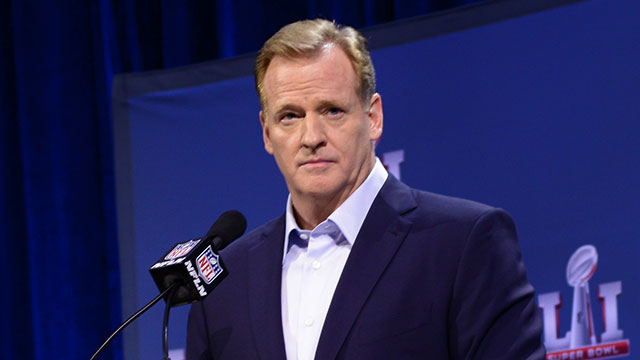 One day after a video titled “Stronger Together” was released by a group of NFL players calling on the league to take a stronger stance on racism in the U.S., NFL Commissioner Roger Goodell posted a new video admitting the league should have listened to players sooner.

In the new video from the NFL, Goodell speaks directly to the camera saying, “It has been a difficult time for our country. In particular, black people in our country. First, my condolences to the families of George Floyd, Breonna Taylor, Ahmaud Arbery, and all the families who have endured police brutality.”

He goes on to state, “We, the National Football League, admit we were wrong for not listening to NFL players earlier and encourage all to speak out and peacefully protest.”

We, the NFL, admit we were wrong for not listening to NFL players earlier and encourage all to speak out and peacefully protest. We, the NFL, believe Black Lives Matter. #InspireChange

Racism has been a persistent issue in the NFL, particularly after former San Francisco 49ers quarterback Colin Kaepernick began kneeling before games while the national anthem played to protest police brutality.

No team has offered Kaepernick a contract since 2017, which many attribute to his protests. Kaepernick accused NFL team owners of colluding to keep him from being signed. The NFL denied any collusion but in 2019, they reached a settlement with Kaepernick and former teammate Eric Reid, who knelt with him.