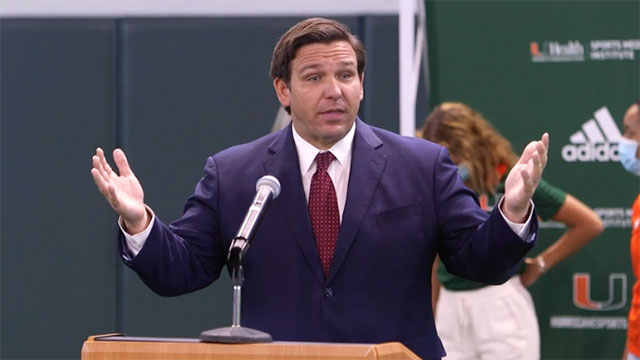 Gov. Ron DeSantis lifted all restrictions on restaurants and other businesses in Florida on Friday, and banned local fines against people who refuse to wear masks as he seeks to reopen the state’s economy despite the spread of the coronavirus.

The Republican governor’s order unleashed fresh debate in the politically divided state, where pandemic responses have become intertwined with the upcoming presidential election.

DeSantis, a major ally of President Donald Trump, acknowledged that the pandemic is far from over, but he said the threat has eased and the time has come to reopen for business.

Florida added 2,847 confirmed coronavirus cases on Friday, pushing the statewide total since March 1 to 695,887. The state also announced 120 new virus deaths, pushing its total to 14,038. Hospitalizations declined by 34 to 2,137 people.

While local jurisdictions can still impose some restrictions they are not allowed to limit restaurants to reopen at less than 50% capacity. Local regulators will also have to justify limiting any restaurants to less than 100 percent.

Broward County Mayor Dale Holness announced today that restaurants in his county are now allowed to reopen bar counters. BUT alcohol may not be allowed to be served in those areas, customers need to social distance 6-feet apart and plexiglass barriers would need to installed.