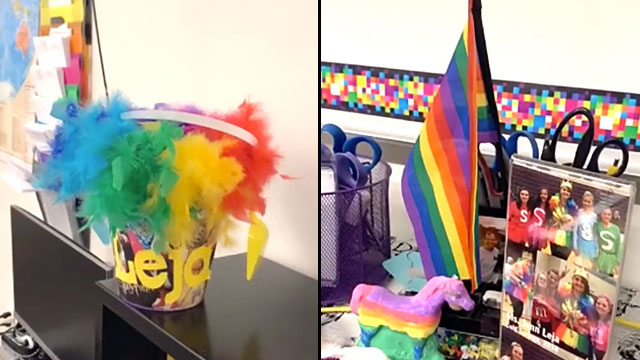 A bisexual teacher in Nevada was told she couldn’t have a rainbow flag in the classroom because it constitutes ‘political speech,’ so she found other ways to bring the rainbow.

Jennifer Leja teaches 7th and 8th grade students in Reno for the Washoe County School District, and she’s the only openly LGBTQ teacher in the school.

Leja says over the past five years of teaching there she’s always had a rainbow Pride flag in her classroom because her students “are trying to learn who they are and how they identify, and they come towards me.”

But this year, the school district issued a new policy this year prohibiting “partisan political activities” during classroom hours. The new policy orders that “any signage that is displayed on District property that is, or becomes, political in nature must be removed or covered,” reports Buzzfeed News.

Upon receiving the new guidance, Leja asked Trustee Andrew Caudill if rainbow flags or LGBTQ issues were banned as part of the new policy. Caudill emailed the veteran teacher back to say ‘yes,’ LGBTQ issues are banned in the classroom.

However, he did add that Leja is allowed to mention her girlfriend because, “Who you are is not impacted by this policy, only what is expressed in class through visual aids.”

But Leja says , pointing to marriage equality being legal in every state across the country, “I don’t think my existence and my identity is a political issue.”

She also notes that she’s become the defacto ‘go-to’ person for students coming to realize who they are or their identity. 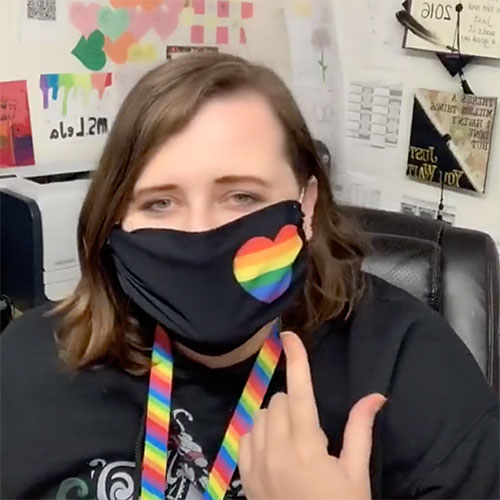 “It’s important for me because I feel like there are students who spend their lives in the closet and especially in middle school; that is when students are starting to figure out where they are,” Leja told Buzzfeed. “They go through that time period where they don’t know who they are or what they like.”

She shares that she has a transgender student in her class this year, and she’s intent on making sure the student feels supported in her classroom.

And so, even without putting a traditional Pride flag on display, Leja found a way to make her perspective known whether through lots of rainbow lettering on banners, rainbow feathers in her pencil jar, rainbow ducttape to spread desks or a rainbow face mask during the coronavirus.

It’s worth noting that the new policy doesn’t apply to students who are still allowed to dress or express themselves as they wish. 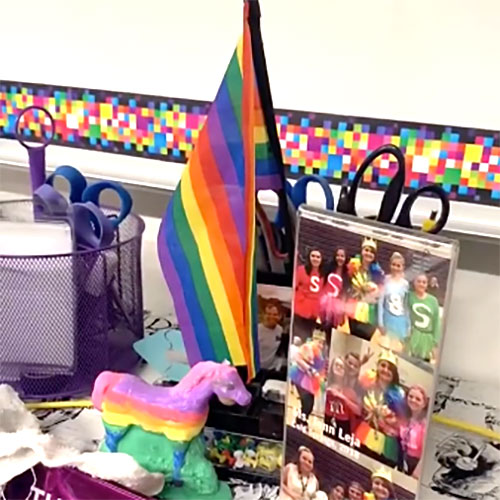 Speaking to Buzzfeed, Caudill said that the new guidance isn’t just about LGBTQ issues, but “other kinds of speech such as Pro-Life, Pro-Choice, NRA, etc.”

He shared that it would “inappropriate” for the District to pick and choose only the speech it agrees with. And so, the decision was made to ask staff “to refrain from all single-issue political speech,” he said.

“But I want to be abundantly clear, the policy does not require staff to hide their own sexuality,” added Caudill. “Teachers can let students know their sexuality, or mention their significant others, if they wish, regardless of sexuality. The policy does not impact who a teacher is, it only impacts the advocacy for a specific political position.” 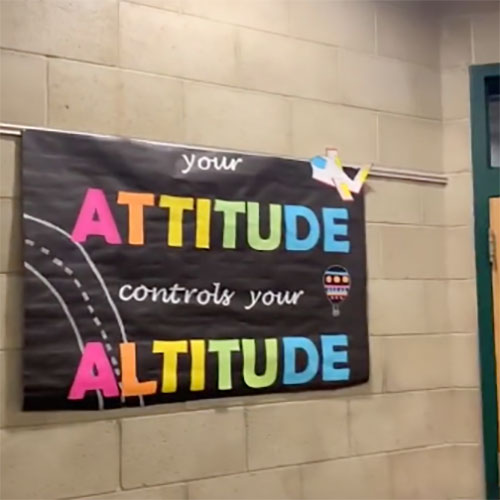