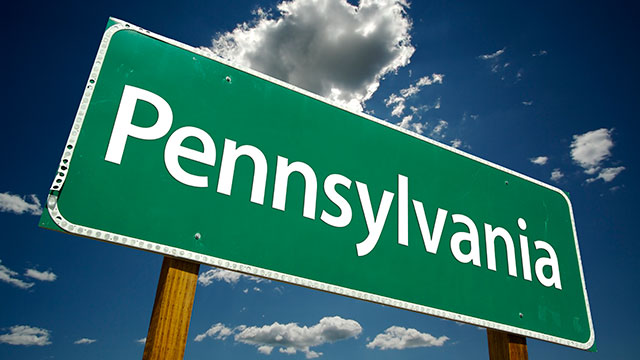 What interesting timing… After months of Donald Trump railing at mail-in ballots, a handful of ballots were discovered discarded in battleground state Pennsylvania.

It’s almost as if a Trump supporter did the deed to give the Donald’s claims of “voter fraud” some credibility just at the right time.

U.S. Attorney David Freed from the Middle District of Pennsylvania announced Thursday that a federal investigation found that nine military general election ballots were discarded in Luzerne County. Seven were marked for President Trump, and the other two are unknown, said Freed, a Republican.

David Pedri, the Luzerne County manager, said in a statement Friday that the nine ballots that sparked a federal probe were “incorrectly discarded” by a temporary independent contractor in the county election office who has since been fired. Pedri also said the Luzerne election director altered the local district attorney’s office about the incident.

Justin Levitt, a Loyola Law School professor and former Justice Department official, told CBS News that, while it’s typical for the Department of Justice to investigate ballots not being counted, releasing preliminary findings prior to an investigation being completed is odd. And to announce the contents of the ballots is very unusual.

“There is no—literally no legitimate law enforcement reason to identify the candidate for whom those ballots were cast,” he told CBS News. “It does not matter who they were voting for. The ballots were either properly or improperly handled. To include that information makes this a partisan act rather than a legal one.”

Because these ballots were returned in envelopes similar to absentee ballot requests, elections officials opened them. If the ballots weren’t then enclosed in another envelope which shielded the actual vote being cast, they may have been considered “naked ballots,” a term used to describe mail ballots returned without the voter’s intent being protected.

If that’s the case, which again isn’t clear, that meant that elections officials who were opening the envelopes to see what they contained would have had to discard the votes, given a recent ruling by the state’s Supreme Court.

There are several reports saying the ballots found were from the

On Friday, ABC News reported that Attorney General Bill Barr personally briefed Trump on the investigation prior to it being announced.

It’s important to note that Trump won Luzerne County by 20 points in 2016. So, tossing 7 ballots marked for Trump is hardly efficient “voter fraud,” you know?

If someone was honestly trying to commit “voter fraud,” wouldn’t they have actually destroyed the ballots? Burned them or something?

I’m not the only one thinking this doesn’t pass the smell test.

The only thing that could have made it more on-the-nose was if the ballots were found at Joe’s childhood home in Scranton.

Anybody else think it’s WAY too convenient that the day AFTER Wray testifies about no ballot fraud, Barr starts investigation into 9 allegedly discarded ballots in Pennsylvania? I smell an inside job to bolster Trump’s unfounded claims.

Yes given Pennsylvania has not even started sending out ballots https://t.co/IOO0UAZIlg

The DISCARDED BALLOTS were tossed because of the Pennsylvania REPUBLICAN rule about having the secrecy envelope. Bill Barr planted this story as if it's a scandal. The real scandal IS Bill Barr